A stretch of Fall Creek from Forest Falls to Ithaca Falls is readily accessible only by Ezra’s Tunnel. This tunnel has allowed access to the water since Ezra Cornell oversaw its opening in 1832, for the use of mills. Which led to Ezra’s wealth. Mills were out of use by the mid 20th century. Students at Cornell University and other people swim or wade at the site, although these gorge activities are outlawed.

On Wednesday, December 6, Common Council voted 6 – 3 to pass a resolution so Cornell University can block the tunnel. Common Council amended that a volunteer commission will explore reopening it or making it safer.

Swimming at Forest Falls involves navigating dangers such as currents and debris, and their combination. Similar dangers are seen at the open site under Ithaca Falls. The City owns Ezra’s Tunnel, while the University holds Forest Falls upstream.

The interviews from Forrester Hammer originally aired in excerpted form on WRFI Community Radio News, on December 5, 2017, before the vote.

Ryan Purcell speaks about the site’s impact on visitors and its public aspect. 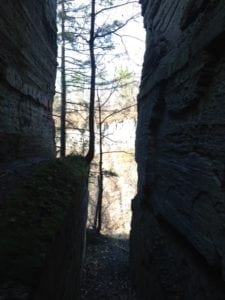 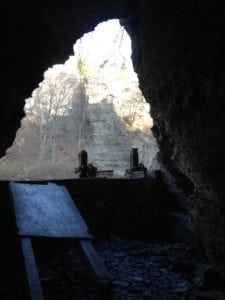 Todd Bittner, Cornell Botanic Gardens, speaks about what issues are involved for safety, students’ deaths in Fall Creek, and why Cornell wanted to pay for barriers. 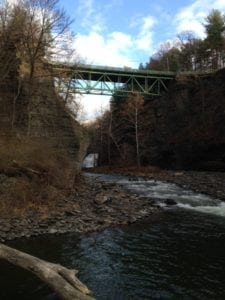 First Ward Alderperson, Cynthia Brock speaks about opposing the resolution, an approach to educating people on swimming in Ithaca, and responsibilities to respect the areas which residents and visitors have. 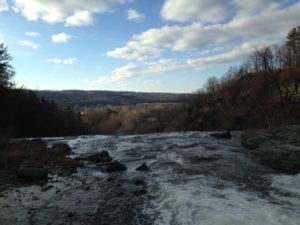 This page has been edited with added information on WRFI’s Forrester Hammer, the Common Council vote, and Cynthia Brock.