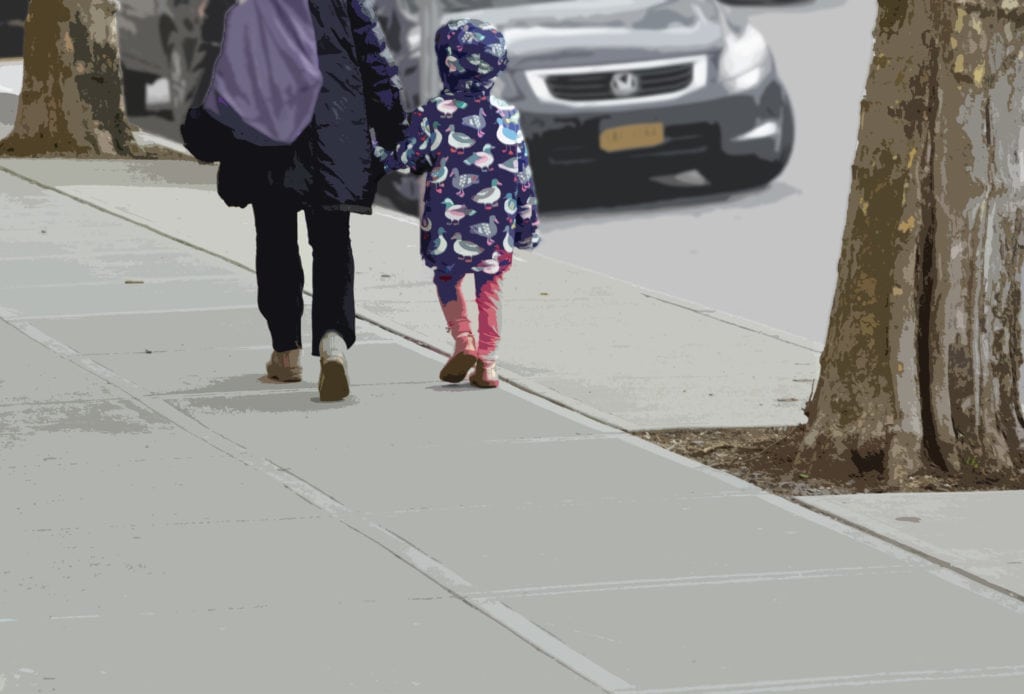 This is Part 6 of Feeding Tompkins, an in-depth look at food insecurity in Tompkins County and a collaborative project between WRFI News, the Ithaca College Park Scholar Program, The Ithaca Voice, and Hot Potato Press.

This article was written by Alison Fromme, of Hot Potato Press, with reporting by the Park Scholars. Photo illustrations were produced by Jacob Mroczek, of The Ithaca Voice.

For Feeding Tompkins this week, we share two stories: a single mother striving to provide for her kids and a foster parent caring for a child who had previously suffered from food insecurity.

Here in Tompkins County, Betty, a single mother of two, manages to get by with support from food pantries and other programs. The WIC program provides bread, milk, cheese, and other items, and she plans her family’s schedule around a community meal available in her village.

Her school-aged son receives free breakfast at his school, along with free lunch, as 35% of children in Tompkins County do. But during holidays and summers, Betty’s food dwindles. At Thanksgiving and Christmas, she receives baskets of food help ease the shortage. During summer, a program delivers food, including fruits and vegetables, directly to her home.

“There have been times that my older boy wanted more to eat and I have to set aside my needs,” said Betty.

This is a common strategy, according to research by Cornell professor Christine Olson. “In many households, managing food insecurity is the woman’s responsibility,” she wrote, adding that mothers reported sending their kids over to friends’ houses at mealtimes hoping to supplement their home eating. In studies, children in food insecure families ate better than their mothers, measured by the amount of important nutrients in their diets.

In other words, food-insecure mothers prioritize their children’s health above their own.

Betty is not alone in this struggle. Almost 40% of Tompkins County households led by single mothers live in poverty. For single moms with kids under the age of five, almost 60% do. And in Groton and the City of Ithaca, the rate is 100%.

Single moms on limited income must procure food, plan and prepare meals, and sometimes go without food themselves so that their kids can eat.

“It’s impacted my family stress-wise, not knowing where our next meal is coming from,” Betty said.

Lack of transportation adds to the stress. Although services such as the Teen Pregnancy Parenting Program and the Medicaid Service Coordinator could potentially provide transportation for grocery shopping, liability restrictions did not allow them to transport the children. Betty is then left to choose between paying a babysitter and getting groceries, or going without. Additionally, the nearest grocery store has higher prices than Aldi, for example, but she doesn’t have a car to get there. Betty would also like to go to an unlimited pantry that is a farther distance away.

“Not having transportation to bring that back on the bus and with children and a stroller — it’s a lot to bear as a single mom,” she said. “I am grateful because we actually have a food bank in our area that is walking distance to me.”

Not being able to provide for children also takes an emotional toll.

“People can be judging,” Betty said. They might say things like, ‘Well, she has her nails done or she has a phone or there’s this or that in her house. She can afford that but she can’t afford food for her children’ – but people don’t realize that those items might be gifts or things that were bought after months of saving.

“They say that if you can’t provide food for your kids then why do you have them?” she explained. “Not every parent necessarily sets off to be a single parent. I mean you don’t really know how hard it is until you experience it.”

Special education teacher Monica Sherman lives with her family on their organic farm in Tompkins County. When she and her husband became foster parents about two years ago, they gained a new perspective on food insecurity. Their two-and-a-half-year-old foster daughter had clearly experienced severe hunger.

“Our foster daughter came to us very much neglected,” Sherman said. “And the first month in care, any time she ate anything other than cookies or crackers or chips, you know if she had any kind of a decent sized meal she would vomit it up. Her digestive system was just so off track.”

The only words her foster daughter knew were cookies, chips, and a few TV characters.

“It was really sad, and this spoke to which foods she did get access to,” Sherman said. To learn what foods she could tolerate, they walked up and down the aisles of a big box store so that she could point to items.

Between 50 and 100 children in Tompkins County are admitted into foster care each year, and about 250 reports of child maltreatment, including neglect, are made annually.

Sherman’s foster daughter also had an impulse to eat any food she saw, sometimes until she vomited, because she had experienced such extreme deprivation. This is a common behavior among children who have not had regular access to food. “I don’t think she was used to eating regular meals,” Sherman said.

Sherman’s family worked to reassure the girl that she would have access to meals all day long. And cautiously, the family introduced her to fruits and vegetables.

As a special education teacher at Dewitt Middle School, Sherman says she can “get a vibe” about children’s family situations by what they will and will not eat when offered different foods at school. “It’s not about having food or not having food but about having healthy food,” she explains. “When we do get them a bag of food for the weekend, they are really excited about having access to canned meat. You would think you just gave them a hundred-dollar bill.”