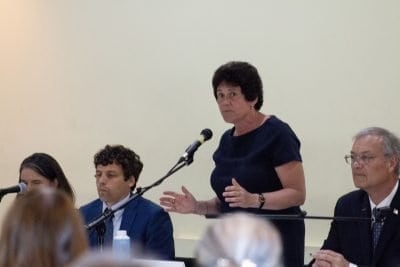 The Democratic Candidate Forum for New York Congressional District 23 on Thursday at Greenstar, co-sponsored by the League of Women Voters and WRFI, was one of the candidates’ last public appearances before election day on June 26. The Ithaca Times‘ Matt Butler spoke with WRFI’s Laura Rosbrow-Telem about his impressions of this competitive primary race. Ultimately, do any of these candidates have a chance against Congressman Tom Reed?

Listen to find out more.

This interview first aired on June 22 on Your Morning. The original conversation was live; This version has been slightly edited.