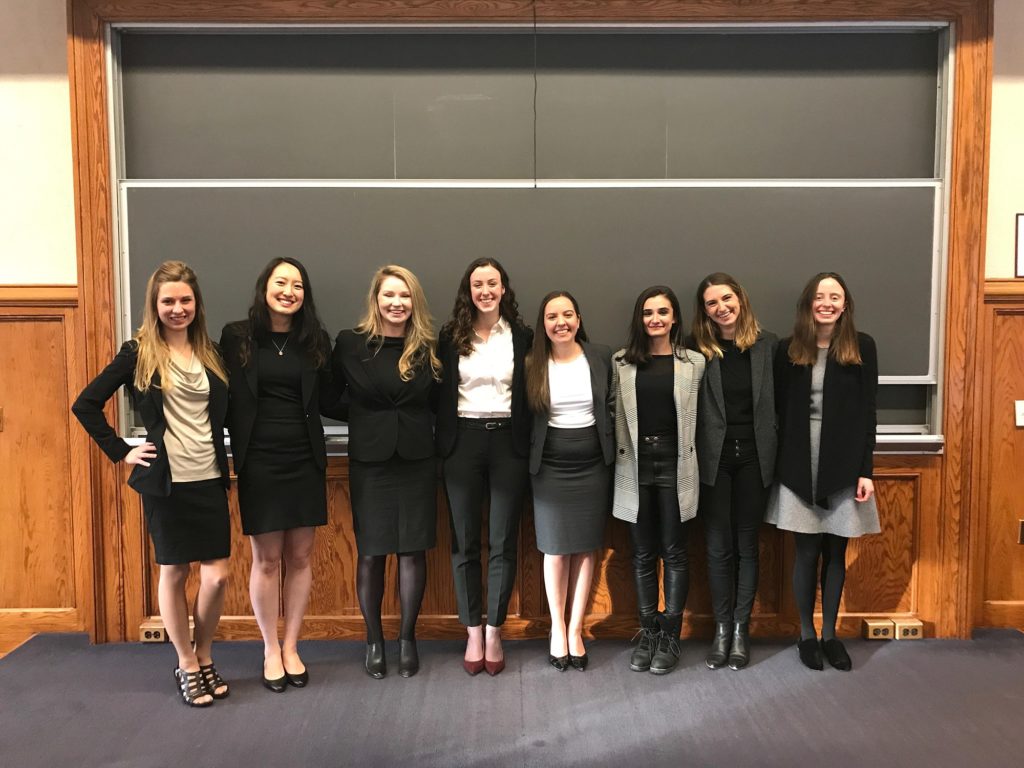 Women now lead the Cornell Law Review for the first time in the publication’s history. WRFI’s John Yoon brings us this report.

The Cornell Law Review elected an all-female executive board on Saturday, making the publication’s 105th class the first to be led by women.

Three out of the eight outgoing executive editors were women. Now, women hold all eight executive positions, overseeing a staff of 100 second- and third-year law students.

“I’m very proud,” said Bebe Albornoz, Cornell Law Review’s outgoing editor in chief. “I think it’s kind of a historic thing. To our knowledge, it’s the first all female senior board that the Cornell Law Review has had.”

From what we can see, that seems to be true.

Lauren Kloss, incoming editor in chief, said it only hit her that her executive board was all women at the very end of the elections — when they gathered to take a picture.

“Looking around at the room and realizing at the end the board that we had collected — eight very accomplished women — was a very uplifting moment,” Kloss said.

Kloss said this moment is a major milestone for a publication that has been led largely by men. Women remain significantly under-represented in legal academia despite almost as many women graduate from law school as men.

“I think that all of us had in mind how male-dominated the legal field often is specifically in the area of scholarship,” Kloss said. “To know that for a journal like Cornell Law Review, for its 105th volume, it’s now being directed by eight very accomplished women that I’m very proud to work with — I think it’s an incredible achievement and certainly a large step forward.”

The struggle for gender equality is a well-known problem facing women across the legal profession.

The National Association of Women Lawyers reported that women account for only 17 percent of equity partners in law firms. These powerful positions have an ownership interest in their firm.

But Albornoz said the outgoing board never voted with a plan to elect only women to the executive board.

“My year, when we had elections, I was the only female running for editor in chief against four male classmates,” Albornoz said. “It naturally fell into place this year that the majority of candidates who are running, even if they didn’t end up winning, were female.”

Only two males, she said, ran for any of those eight positions, so the elections were numerically tipped in favor of women. But Albornoz said she suspects the impetus came from the candidates themselves.

“So far, 12 of the 15 top law schools have had their elections and disclosed who their new editor[s] in chief are and they’re all female,” Albornoz said. “So it does seem like a larger trend but I can’t really explain what exactly is the catalyst for that this year.”

Kloss said advocating for under-represented groups in the law shouldn’t end with the election of an all-female board.

“There’s many more steps that we will have to take in terms of encouraging diversity,” she said, “but I think the eight of us have that very much so on our mind.”

The new editors on the executive board will serve one-year terms. They will lead the publication of seven issues throughout the year.