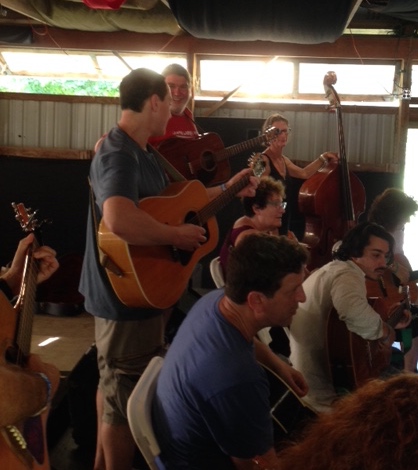 WRFI News contributors Sean McGoldrick and Esther Racoosin visit Grassroots Culture Camp.  They speak with Tara Nevins of the band Donna the Buffalo, who organized culture camp.  Sean and Esther also attend music and dance workshops, interview some of the instructors of the workshops and hear from some of the participants.

This feature initially aired during the July 19, 2019 edition of WRFI Community Radio News.

Posted in Arts, Community, Education, Social Justice
← The City is Asking what you think about the Waterfront Neighborhood Plan [AUDIO]Local Ithacans gather on the Commons to rally for Puerto Rico [AUDIO] →
Scroll To Top