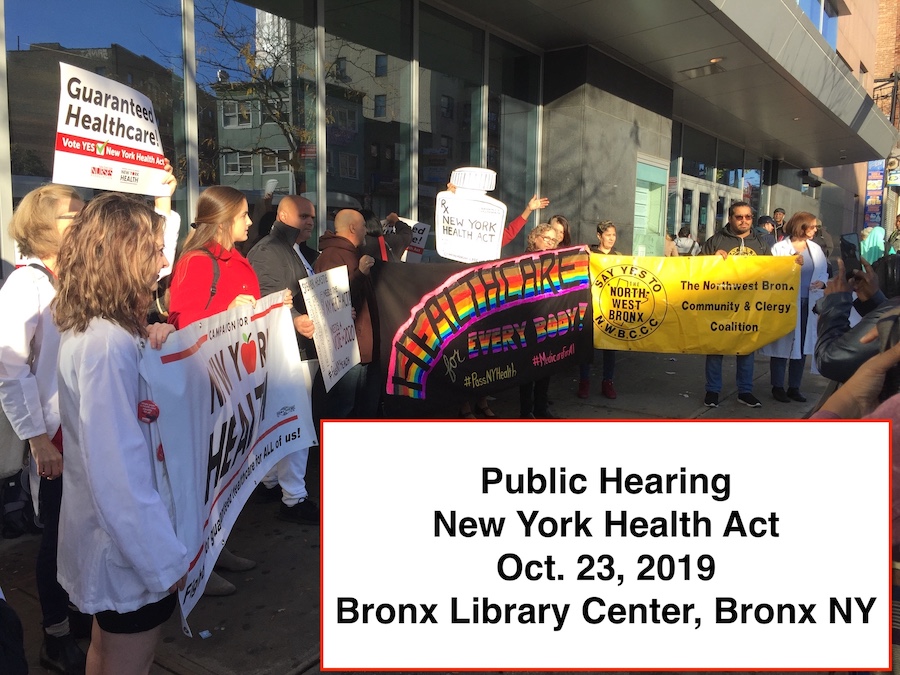 At the national level, the first four Democratic primary debates discussed “Medicare for all” and how to pay for it. That topic lead all the others in total minutes.

At last count, close to a majority of NY legislators had committed to bring the New York Health Act bill to a vote in both the senate and the assembly in the 2020 session or in about four months. If the bill passes and is signed by Governor Cuomo, New York will lead the U.S. in implementing single-payer health insurance.