Locals are being galvanized to demonstrate as a recent outbreak of violence between Israel and Gaza,  beginning on May 10th, continues. This is the third public demonstration in recent weeks in Ithaca expressing solidarity with Palestine.

Wednesday’s March began at Ithaca Falls, and Ended on the Ithaca Commons. Ralliers were critical of the generalization that the Israeli-Palestinian Conflict is a quote, “double sided situation.” One speaker said that it’s, “very clear who the oppressors are,” implying that is Israel. 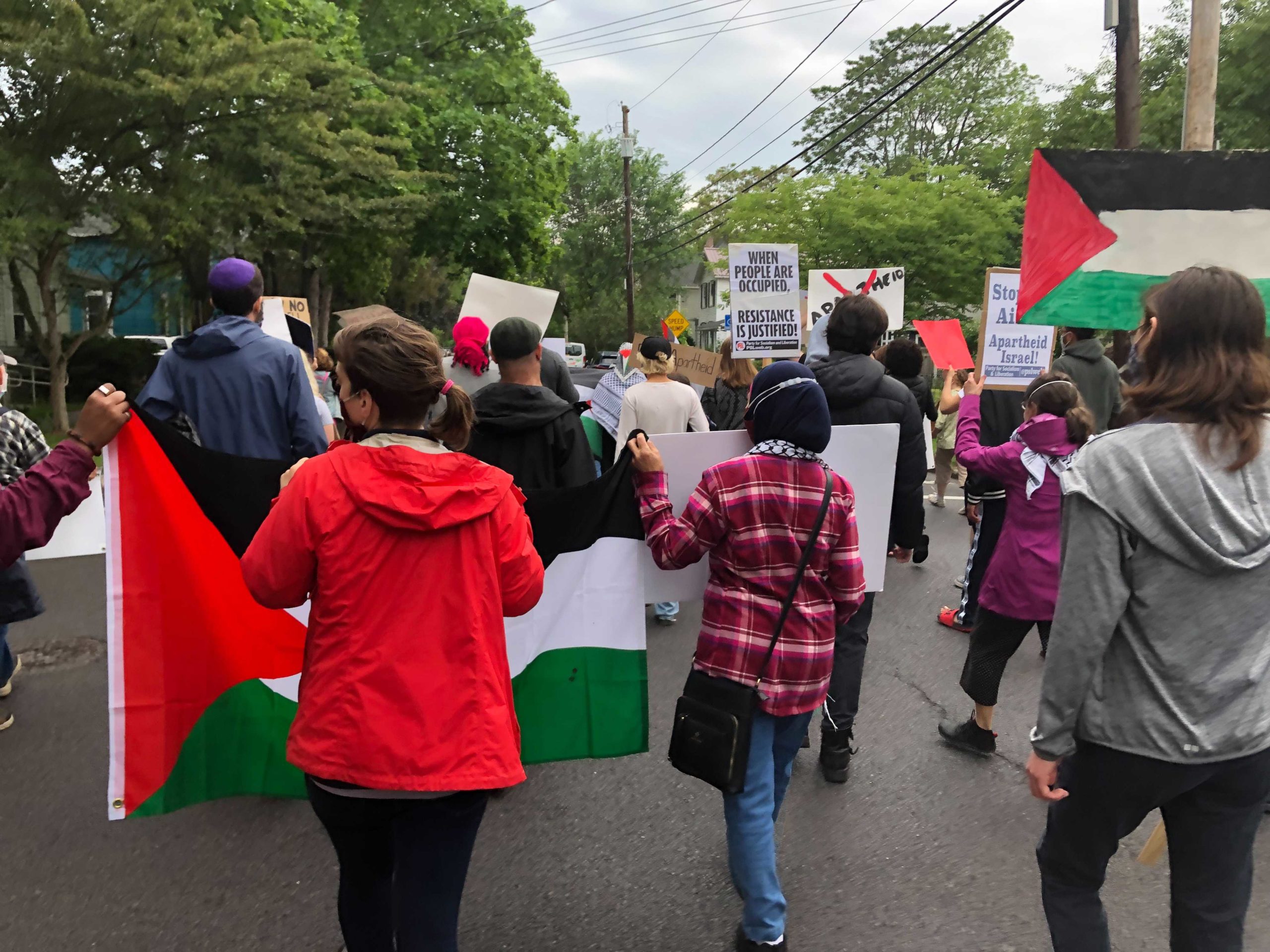 Speakers criticized the U.S. for the military aid it provides Israel, and for Biden’s continued support of Israel’s quote, right to defend itself.

Under an agreement signed by Former president Barack Obama, Israel receives 3.8 billion dollars in military aid every year. The aid started in 2017, and is set to continue until 2028.

A youth-speaker at the rally proposed boycotting Cornell's relationship with the Technion-Israel Institute of Technology.

In the Nation, Technion is described as conducting the research and development that the Israeli military relies on to occupy Palestine.

The New York Times reports there’s no clear end in sight to the conflict between Israel and Gaza. The recent death toll lists 256 Palestinians killed largely from Israeli War Planes, and 10 Israelis have been killed from rocket attacks. 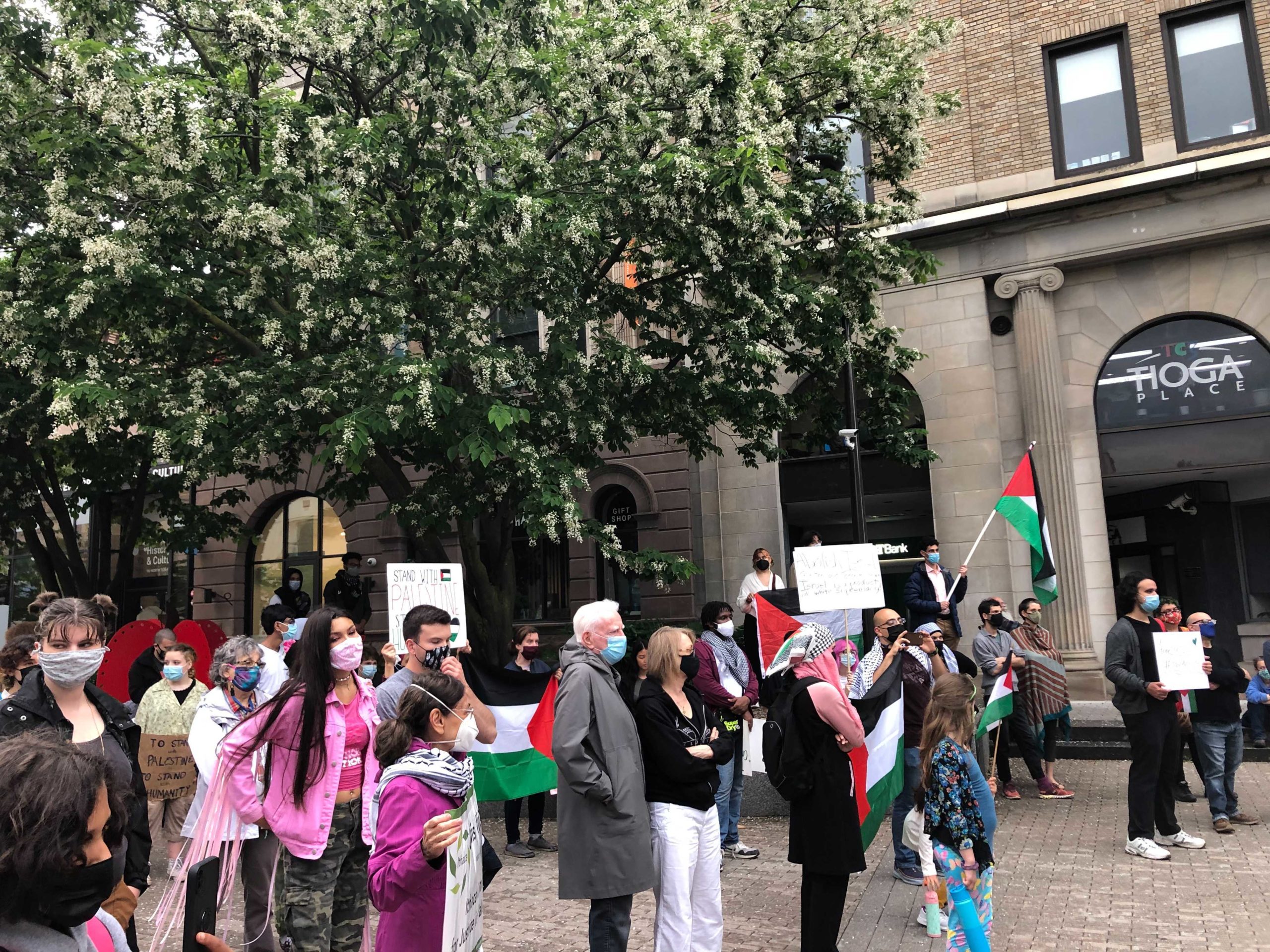