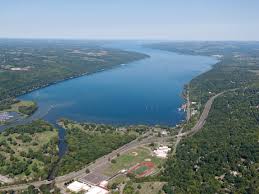 Andy Zepp, the Executive Director of the Finger Lakes Land Trust, talks about a New York State Grant that will allow the organization to work on preservation of the Six Mile Creek Watershed.  The project is called Six Mile Creek Watershed Conservation Partnership Land Acquisition and Restoration Project.  The watershed is the drinking water source for the City of Ithaca.

This interview by Esther Racoosin was aired on the December 20th, 2017 edition of WRFI Community Radio News.