In a Facebook event post published early Wednesday, the event’s hosts Tompkins County Progressives, NYPAN (New York Progressives Action Network), and Jumaane D. Williams detail two events. First, Cynthia Nixon will visit one of Ithaca’s favorite spots: the farmer’s market. She will arrive there at about 9:30 to “get her photo taken,” and appreciate some farmer’s market fare.

Then, at 10:30 a.m., Cynthia Nixon will address a crowd at the Space at GreenStar. According to her campaign, she plans to speak with residents and make a “major environmental announcement.” Other local activists will also share short presentations as part of this event. 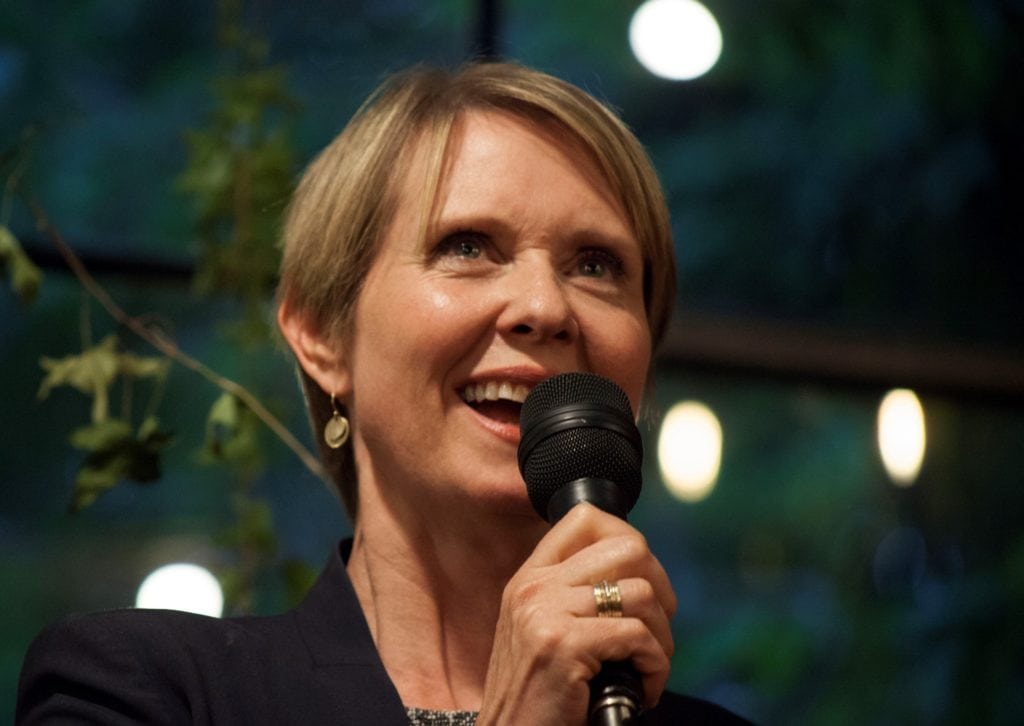 When WRFI spoke with Emily Adams, Nixon’s field organizer in Ithaca, she said another goal of bringing Nixon to Ithaca was to encourage voter registration. As noted in the Facebook invite, Nixon’s local organizers will be present outside the farmer’s market to collect voter ID information.

According to the Ithaca Times, Nixon’s visit to Ithaca in June at Argos Inn was well received by local progressives, despite the fact that her campaign misspelled Ithaca as “Ithica” in a press release about that event. She expressed support for universal, single payer healthcare, taxing the top 1 percent of earners more, eliminating cash bail, legalizing marijuana, and Ithaca Mayor Svante Myrick’s plan to bring a supervised injection facility to the city.

According to the latest polling from RealClear Politics, Cuomo is currently beating Nixon by more than 30 percent. Tonight, they will participate in their only televised debate before the Sep. 13 Democratic primary. That debate airs on CBS channels across the state. There will also be a watch party tonight at Argos Inn.