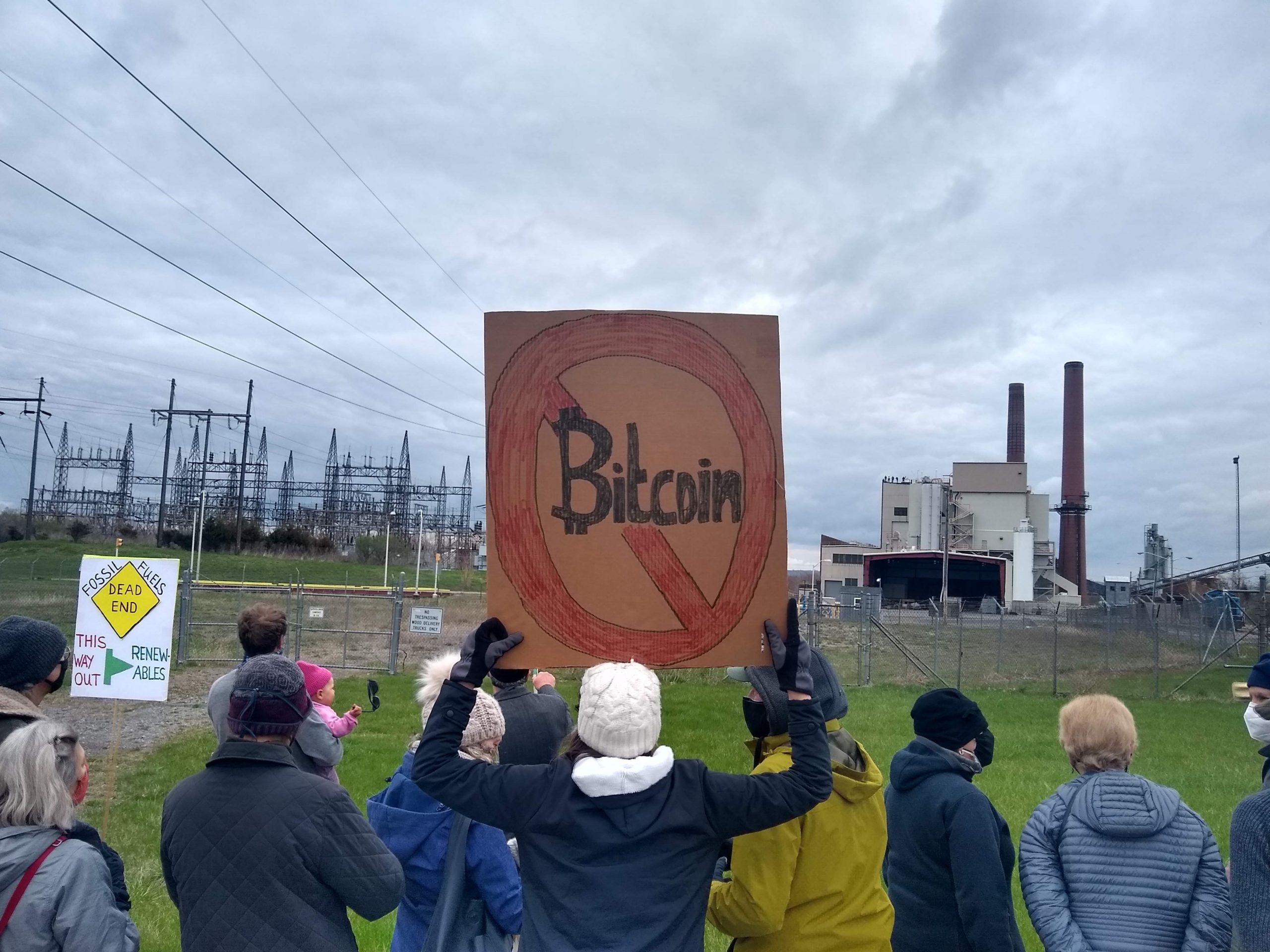 Greenidge Generation is in the town of Torrey on Seneca Lake. The company operates a gas-fired power plant, mining bitcoin on an industrial scale. Bitcoin mining is energy intensive, and the cheaper the electricity, the larger the profits.

Over 100 people marched to the gates of the plant, protesting the environmental impacts of its greenhouse gas emissions and the thermal discharge from the plant’s lake source cooling system.

Joseph Campbell is the president of Seneca Lake Guardian, and organized the rally. Campbell fears the Greenidge plant could have a domino effect. He said, "This is a state-wide problem, but this is a test case. If this corporation gets away with this, then that opens the door for all these other power plants to do the same thing."

There are 30 other power plants in New York state that could be converted to cryptocurrency mining facilities. That’s from a letter written by Earthjustice and the Sierra Club to the DEC and Governor Cuomo.

The thing is, Greenidge is operating fully within it’s permits from the DEC. That’s what caught State Assemblymember Anna Kelles’ attention.

She spoke to ralliers on Saturday saying, "This is the ultimate example of externalities being ignored. And I think that message needs to be clear. I’ve been working with some of my colleagues at the state level with what my attention is. We know the science, but that doesn’t mean the state is listening."

It’s down to The Torrey Town planning board to determine Greenidge’s environmental impact, and vote on their expansion. That meeting is on Monday, April 19th, at 7pm.