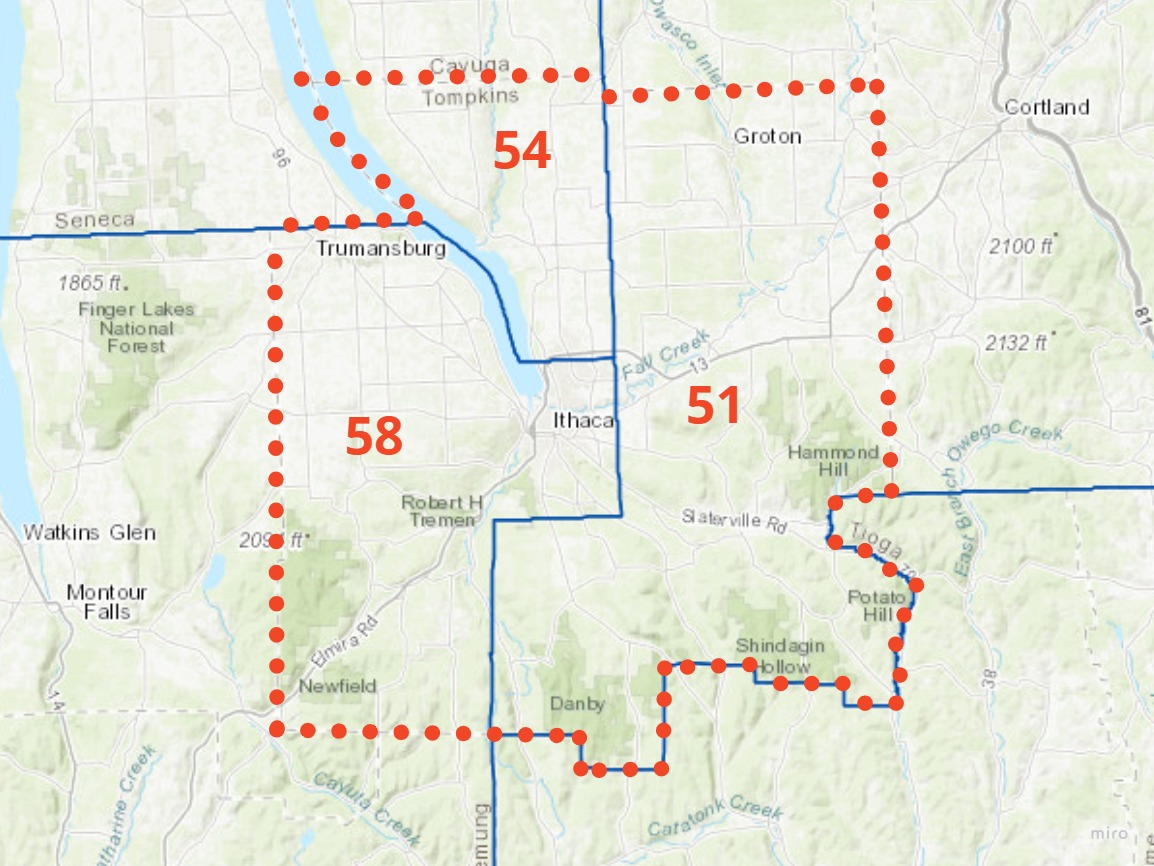 The resolution was written by Tompkins County Legislator Martha Robertson.

Tompkins County is split between three state senate districts. While the Legislature wants to see that change, they’re also trying to prevent the county from being divided up into different congressional districts.

New York will lose one of it’s congressional seats in 2022. Tompkins County is entirely in the state’s 23rd Congressional district, and it’s suspected that the 23rd district will be significantly redrawn, since Rep. Tom Reed has said he will not be seeking reelection.

But even with the resolution now submitted to state officials, Robertson is uncertain how it will affect New York’s Independent Redistricting process.

The Independent Redistricting Commission struggled to receive what it would call adequate funding. In February, they rejected $1 million in state funding after finding that terms in the contract would slash the amount to effectively $650,000.

The redistricting commission was allocated $4 million from the state Legislature's 2021-22 budget, approved in April. This effectively delayed the any official work done on the part of the Redistricting Commission.

Robertson said she thinks this issue is something to continue pursuing, “This is not just a, you know, pass resolution and wipe our hands of it.”

To add pressure to the situation, the Redistricting Commission is on a tight timeline. They’re not set to receive the census data they need to redraw districts until September. The district maps for the 2022 elections may not be available until the end of 2021, compressing the timeline for the 2022 political races that will be decided that November.