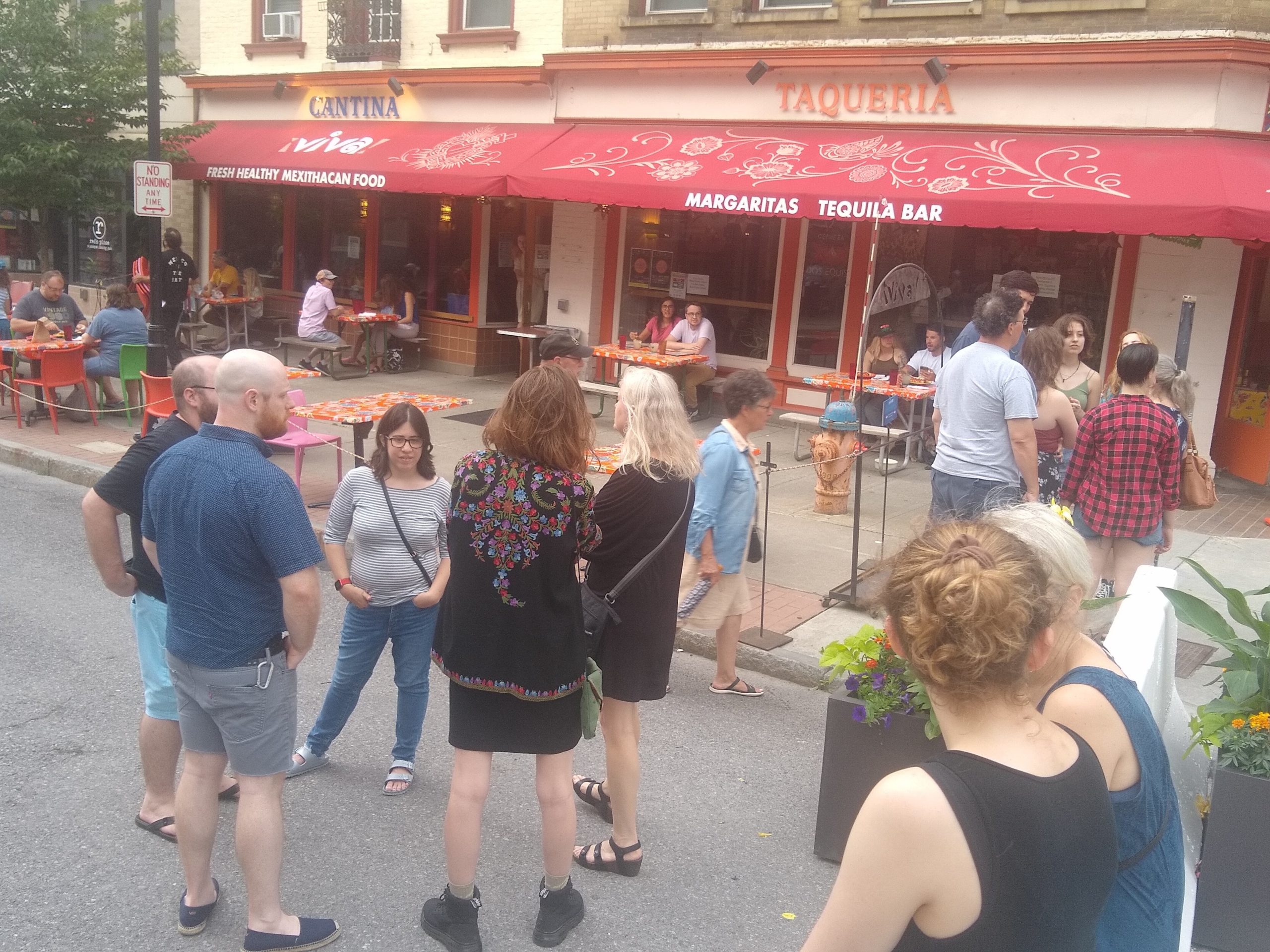 ITHACA, NY -- New York state has extended the order allowing restaurants to more easily operate on municipal sidewalks and closed streets. That order was considered a lifeline for an industry hard hit by the COVID-19 pandemic when it was initially issued in March of 2020. The application process with the New York State Liquor Authority was stripped of its complexity, and got people eating at restaurants in an environment less conducive to the transmission SARS-CoV-2.

That order will last one more year but, with New York’s state of emergency over, some restaurant owners aren’t exactly celebrating the extension. It isn’t a silver bullet for an industry that faces a long road to recovery. It’s just a silver lining.

Under the legislation Governor Cuomo signed on July 7th, restaurants currently using additional outdoor space won’t have to seek reauthorization with the State Liquor Authority. Though the SLA  has the right to develop new rules and regulations for new restaurants seeking to add outdoor spaces.

Pete Browning is one of the owners of Viva Taqueria & Cantina in downtown Ithaca. When asked how he felt about the extension of the outdoor dining order, his response was mixed.

“The extended sidewalk for us was great when we had the extra seating,” said Browning, “but once you go to 100%, and if we went and packed as many tables in that area, our kitchen wouldn't be able to handle it.”

Bigger issues than seating loom over the restaurant and hospitality industries anyway. Viva, like many other restaurant businesses, is still trying to build back to its pre-pandemic staff and hours.

With the road to recovery remaining uncertain, restaurants are continuing to press for more federal relief, but the volume of need overshadows the federal money made recently available.

Passed in March as a part of the American Rescue Plan, the Restaurant Revitalization Fund dedicated $28.6 billion to direct relief for eating and drinking establishments. According to NBC, applications for the money totaled to a requested $75 billion -- almost triple the actual fund. The relief cash dried up in about three weeks.

The Independent Restaurant Coalition --  a trade group formed during the pandemic to lobby and advocate for independent restaurants -- is pushing for an additional $60 billion to come from federal coffers.

NBC also cited a poll from Alignable Research Center that found that 39% of restaurants could not afford their Mary rent in the U.S.. Outdoor seating is a meaningful gesture, but is a drop in the bucket for an industry continuing to weather a sea change.

Here's the full legislation allowing restaurants to continue to use municipal outdoor spaces.