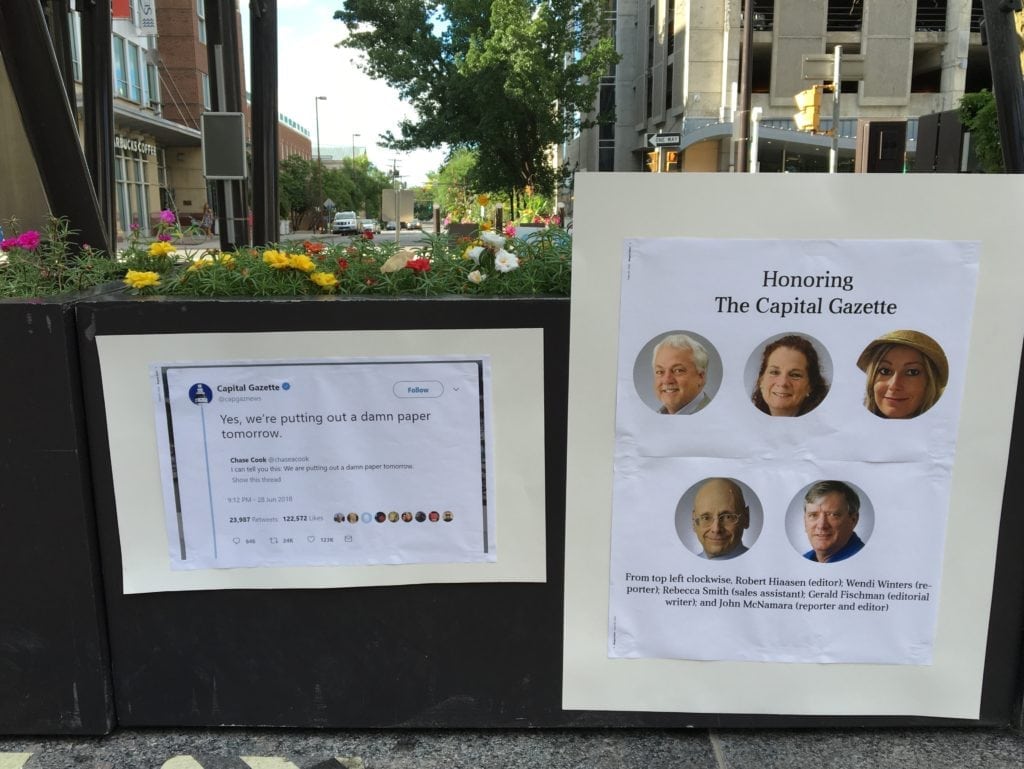 On Friday, July 6th, local Ithaca journalists held a vigil for the five journalists who were shot and killed in the mass shooting at the Capital Gazette in Annapolis, Maryland. The event featured a series of speakers and an opportunity to write letters and postcards of encouragement to the remaining staff at the Capital. This spot originally aired on Monday, July 9th on WRFI Community Radio News.  Image: Jackie Marusiak