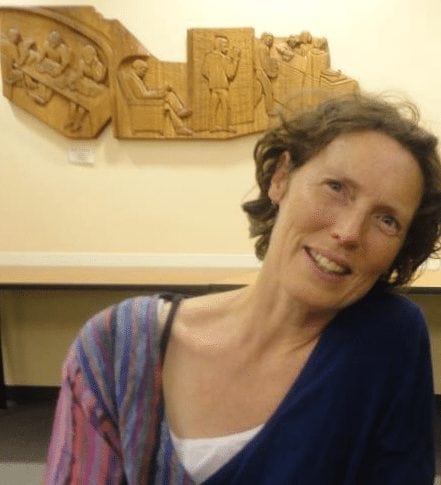 Clare Grady is an anti-war activist and Ithaca resident. Most recently, she was arrested along with six other activists from the Catholic Plowshares movement, a Christian pacifist group, on the morning of April 5. On the evening of April 4, they had broken into the Kings Bay Naval Base, a nuclear submarine base, in St. Mary’s, Georgia. They did this to mark the 50th anniversary of the assassination of the Rev. Martin Luther King Jr. and protest nuclear weapons. Grady was put in jail in Georgia afterwards.

The group states that both international law and domestic law clearly outline the necessity of citizens acting to prevent greater crimes by their government.

On July 12, Grady was released from Glynn County jail in Brunswick, Georgia. She and six other activists are awaiting trial.

The morning after, on July 13, Grady spoke with WRFI’s Laura Rosbrow-Telem on Your Morning about her experiences in jail and why she took part in this protest.