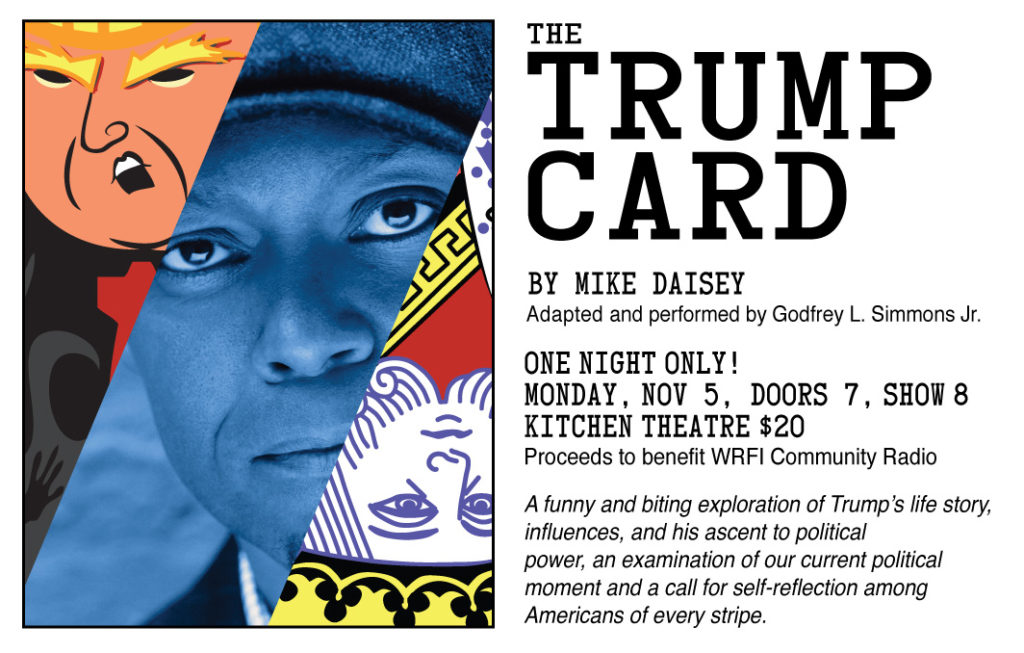 The Civic Ensemble's Godfrey Simmons will perform Mike Daiseys edgy, funny, and provocative monologue "The Trump Card" at the Kitchen Theatre on the eve of the 2018 mid-term elections, November 5.

The one-night-only performance will benefit WRFI Community Radio. Get your tickets here.

Its an examination of our current political moment and a call for self reflection among Americans of every stripe.

Simmons will be coming directly from New York where he is currently onstage in the hit off-broadway play "The Winning Side." He and dramaturg Ron Russell have adapted the play which was originally written in the lead up to the 2016 presidential election.

Get your tickets here.

Here is an excerpt from Mike Daisey's production of "The Trump Card."