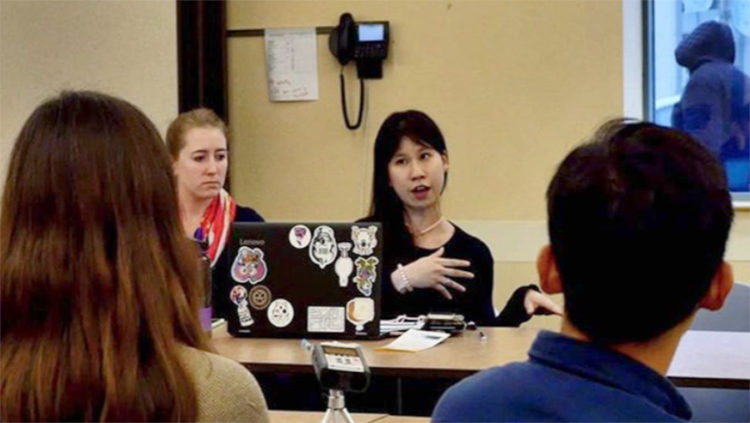 We are pleased to announce the launch of the Loneliness Project: a multimedia collaboration between WRFI, The Ithaca Voice, The Cornell Daily Sun, and the Ithaca College Park Scholars Program. In a series of long-form online articles, audio pieces, videos, and infographics, we will take a careful look at loneliness and its impact on mental health in Tompkins County. This fall, we will examine increasing reports of loneliness among young people nationally and what students are facing locally. Engaged Cornell and the Sophie Fund are funding this collaboration.

Loneliness has become a big public health concern, particularly among young people. Teen suicide rates doubled from 2007-2015, more people ages 18-22 report feeling lonely than senior citizens, and globally – for the first time ever – more people die by suicide than are killed by crime, terrorism, and war put together. For young people, this is one of the hardest challenges they're going to face, if not the toughest.

We felt this topic is important for local journalism since Ithaca is a college town. It’s also a perfect subject for a news collaboration. Cornell, IC, and the City of Ithaca each have their own crucial perspective on this issue. Covering this in depth requires multiple news organizations being involved, including college journalists.

Our project aims to empower young journalists to explore why suicide and loneliness is on the rise and what we can do to stop it. To address both the problem and potential solutions, student and professional journalists will talk to peers and experts, break down stigmas around suicide, loneliness, and mental health, and find better ways to combat this epidemic.

The first piece of this series will air on Friday, Nov. 9 on WRFI Community Radio at 6:00 p.m. It is the beginning of a four-part audio series produced by Ithaca College’s Park Scholars Program that will air weekly on WRFI Community Radio. There will also be online versions of these audio pieces with transcripts available on WRFI and the Ithaca Voice.

Among other topics, our pieces on The Cornell Daily Sun, The Ithaca Voice, and WRFI will include interviews with the following people and organizations:

A few words from the editors

“I was shocked to read that more people around the world now die by suicide than crime, terrorism, and war put together. And yet, if you read the news, you would have no idea. Just like the media has done an admirable job focusing on the opioid epidemic, I hope that this project, in its own small way, can shed a light on the rise of loneliness in the United States, and what we can all do to be less alone and deal with our collective and individual demons.

"So far, I have been very moved by the people who have been open to share their stories with us. I hope this courage will embolden others to share their struggles — only through bringing this stuff to light do we get past all of our shame, particularly around sensitive topics like mental health, suicide, loneliness, etc.”

“Loneliness, mental health, and suicide are difficult topics to explain, to talk about, and to report. These stories should not stay in the dark, but they should be told with care. With guidance from local experts and with this collaborative news effort, we hope we can start a deep conversation about loneliness and mental health rather than report only stories that react to numbers or a crisis.”

“College is supposed to be a joyous time — a celebration of academic and social maturation that sets us on our path into the greater world. But the same elements that contribute to that celebration also conspire to create environments in which loneliness is pervasive and mental health issues go unchecked. With this project, we hope to highlight the continued and increasing struggles of students in college: what the causes are, how students — with or without institutional support — address it, and hopefully, what potential solutions there may be.”

— Jacob Rubashkin, Editor in Chief of The Cornell Daily Sun