The Ithaca Police Department has revealed protest guidelines in collaboration with the City’s Community Police Board (CPB). The City previously didn’t have any official ones.

These new guidelines stem from  a protest in front of the Ithaca Police Department on October 22nd. Six people were arrested and protestors were pepper sprayed.

Confusion in the public as to whether the police were right in doing so pushed Mayor Svante Myrick to have clear protest guidelines developed. He tasked the IPD and CPB  with reviewing the incidents and developing this new material.

The guidelines will be shown in a brochure color coded as green, yellow, and red. Michael Simons is a member of the CPB and was a part of creating these guidelines. He explained these colors at a CPB meeting last week. 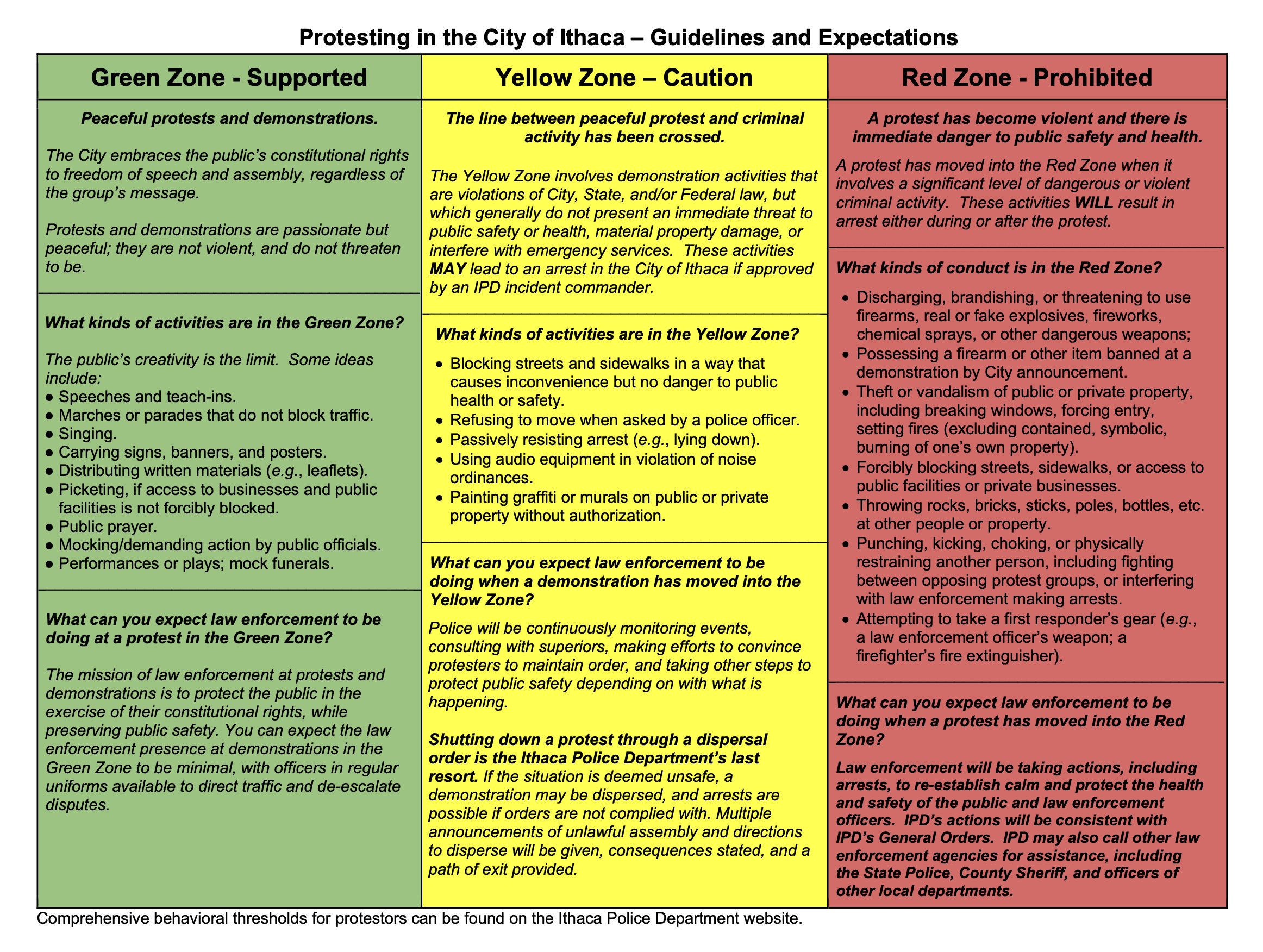 The green activities are what the city embraces about protesting and demonstrating in Ithaca.

These  are actions like carrying signs or public prayer.

Yellow activities are a violation of city, state, or federal law, but aren’t an immediate danger to the general public. One example of this would be painting graffiti on public or private property without authorization.

Simons said “There might not be any arrests in that area, but there could be.”

The last resort would be a dispersal order. This would happen if the situation is deemed unsafe and arrests are possible if the orders are not complied with.

Though the red activities are illegal, like the yellow ones, Simons said they “are much, much more serious, that will warrant an arrest and police action.”

These activities include physical fighting, or attempting to take a first responder’s gear.

There is also a more detailed version of the City’s protest guidance, in the form of an 8 page document.  Acting Police Chief John Joly says this will be utilized by police as a training material

It is not known when this information will be released, but it will be posted on the City of Ithaca website. The brochures may also be released to the public on paper.