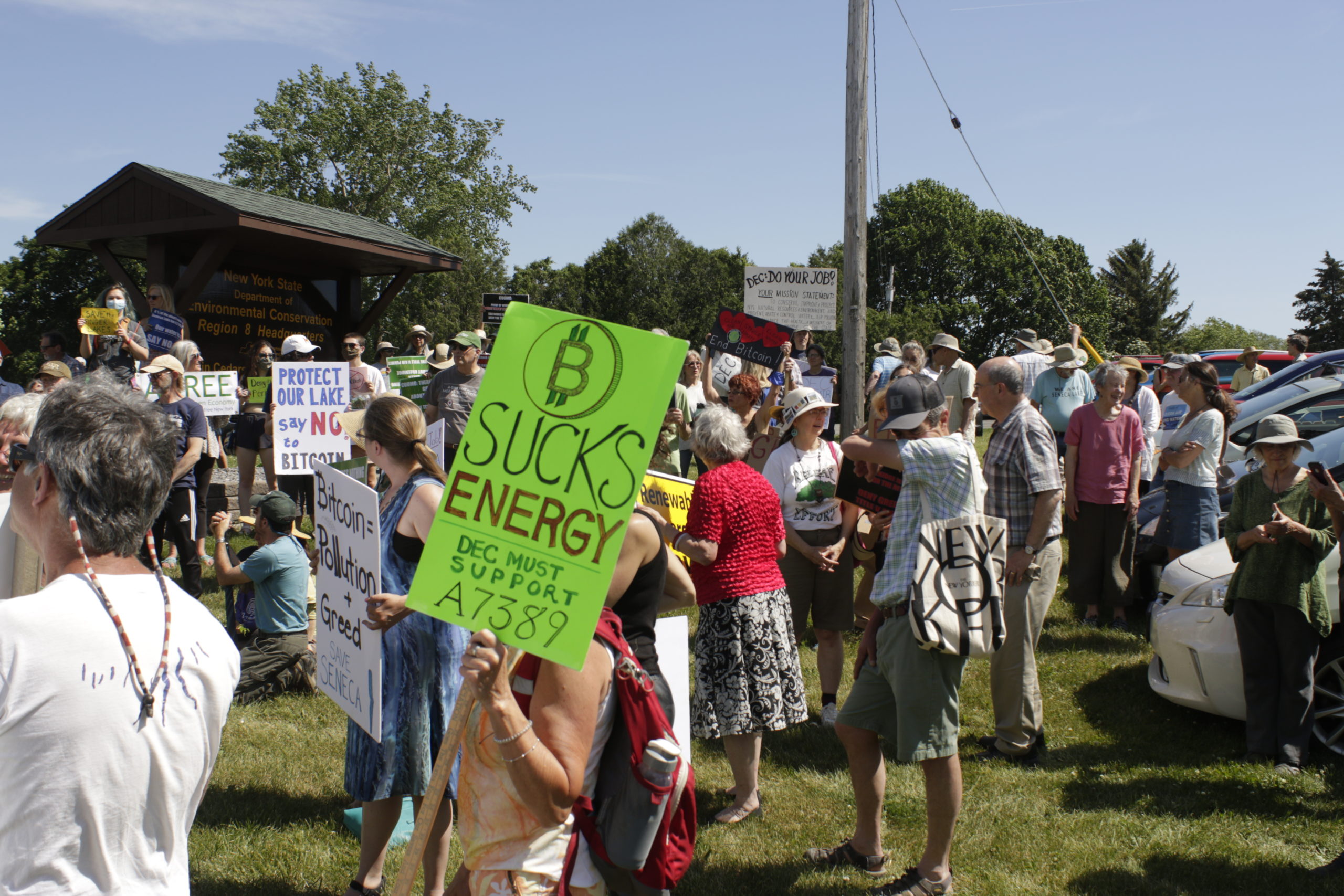 Close to two-hundred people rallied outside one the DEC’s  regional headquarter offices, located in Avon, NY.

Yvonne Taylor is the vice president of Seneca Lake Guardian, the group that organized Saturday’s rally.

If you ask her what’s at stake, she would tell you the state’s climate goals, and that that time is of the essence. 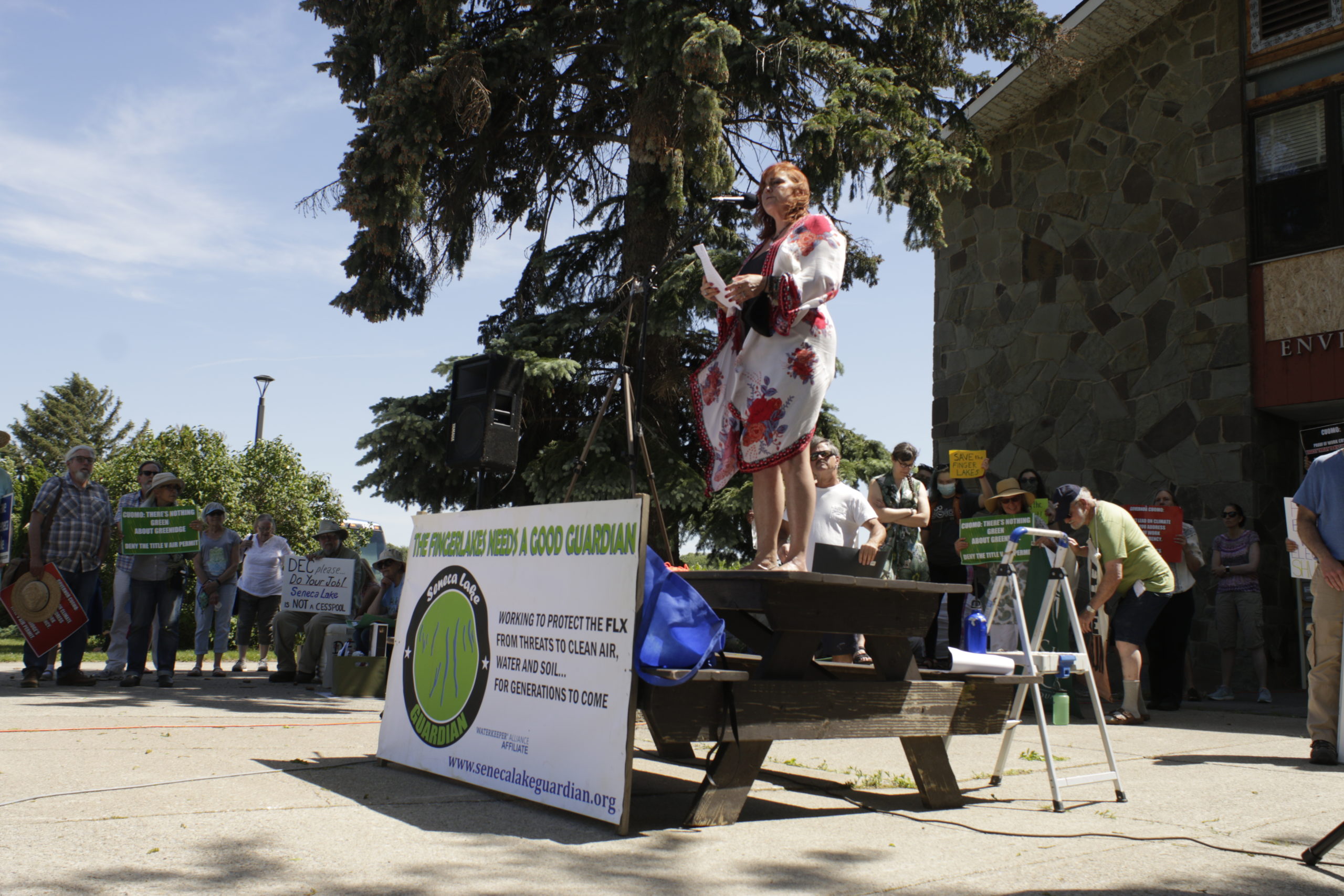 Greenidge Generation LLC is Taylor’s canary in the crypto-mine. Greenidge is a gas-fired power plant that mines bitcoin at a facility on Seneca Lake. Greenidge was originally brought onto the grid as a merchant peaker plant by the DEC, which means it was thought that Greenidge would only create energy at times of peak demand.

Greenidge began mining bitcoin on behind the meter energy in 2018. The intermittent power-plant foreseen by the DEC is instead a round-the-clock, 7-days-a-week bitcoin mining and transaction-authentication facility, and that translates into unforeseen carbon emissions.

Greenidge’s operations are in regulatory compliance with the DEC, which said in a release that the they are closely monitoring the plant.

According to Earthjustice and the Sierra Club, there are 30 other power plants that could convert to cryptocurrency mining operations. This outlined  in a letter the organizations sent to DEC commissioner, Basil Seggos, and Governor Cuomo, among others.

In the letter, Earthjustice and Sierra club warn that the state’s climate goals, outlined in the 2019 Climate Leadership and Community Leadership Protection Act, will be jeopardized by the combined carbon all these plants could put into the atmosphere 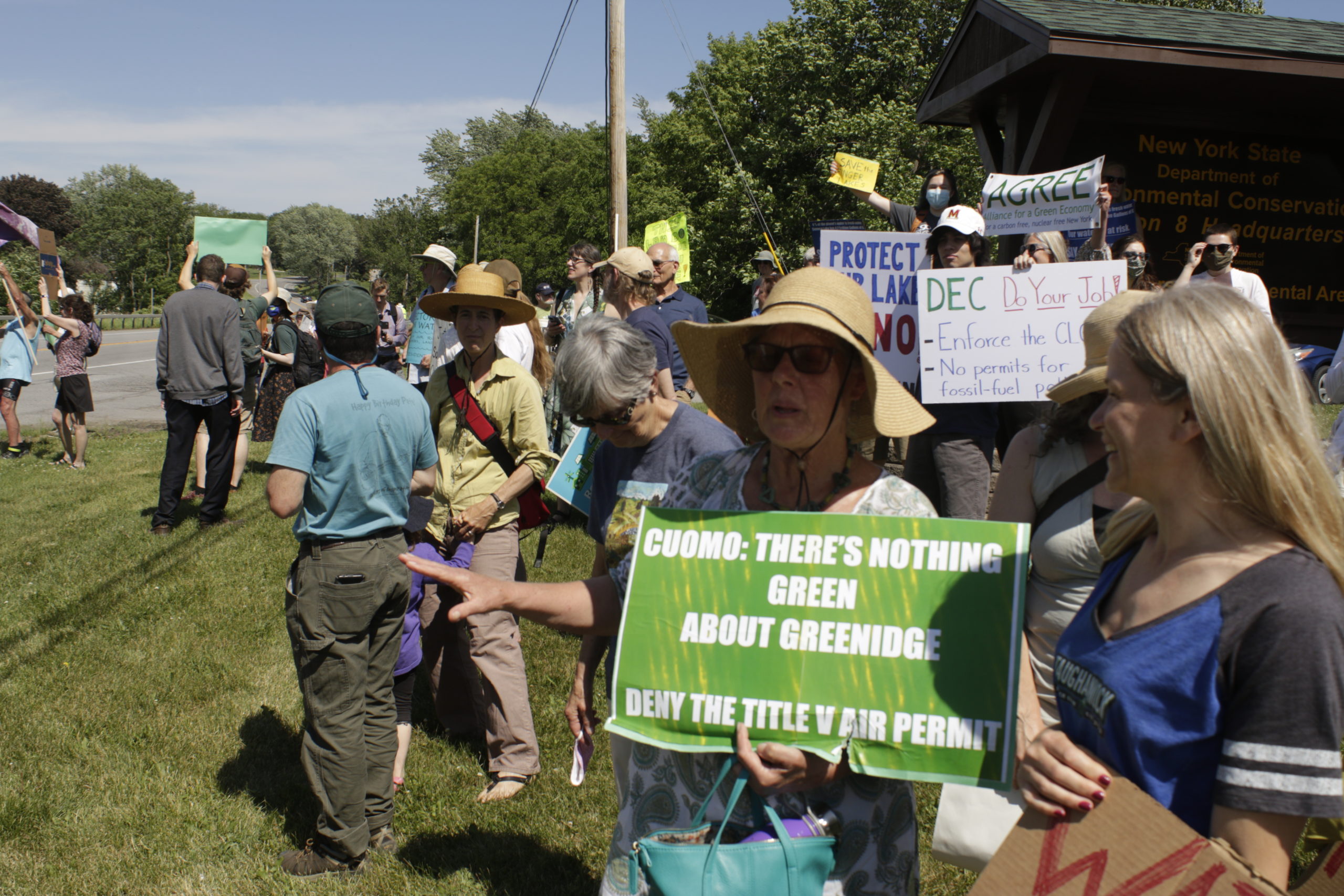 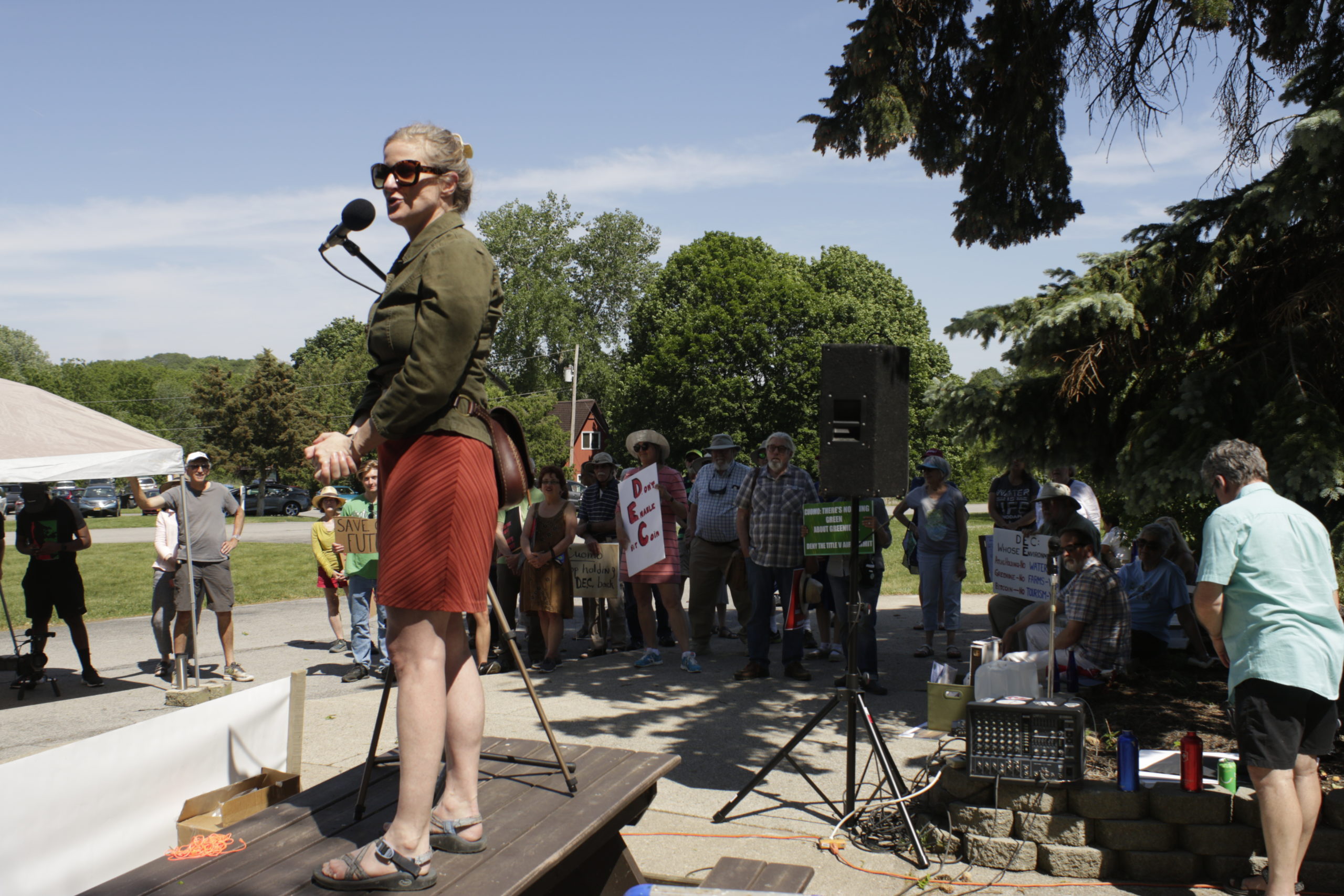 And State Assemblymember Anna Kelles fears that possibility too. Kelles wrote the moratorium bill. She says it’s meant to give time to state lawmakers and the DEC to research and develop regulations that could endanger New York’s climate goals.

The bill would impose a moratorium on the method of transaction validation that bitcoin uses. It’s known as a proof-of-work blockchain system, which is the most energy intensive method for validating cryptocurrency transactions.

Kelles said, this way, the bill focuses on the most energy intensive aspects of the emerging industry, “because we are not fighting the entire industry.” Additionally, the moratorium specifically targets cryptocurrency operations consolidated in power plants.

With New York’s legislative session ending on June 10th, the fate of this bill is uncertain. It may have to wait until January 2022.