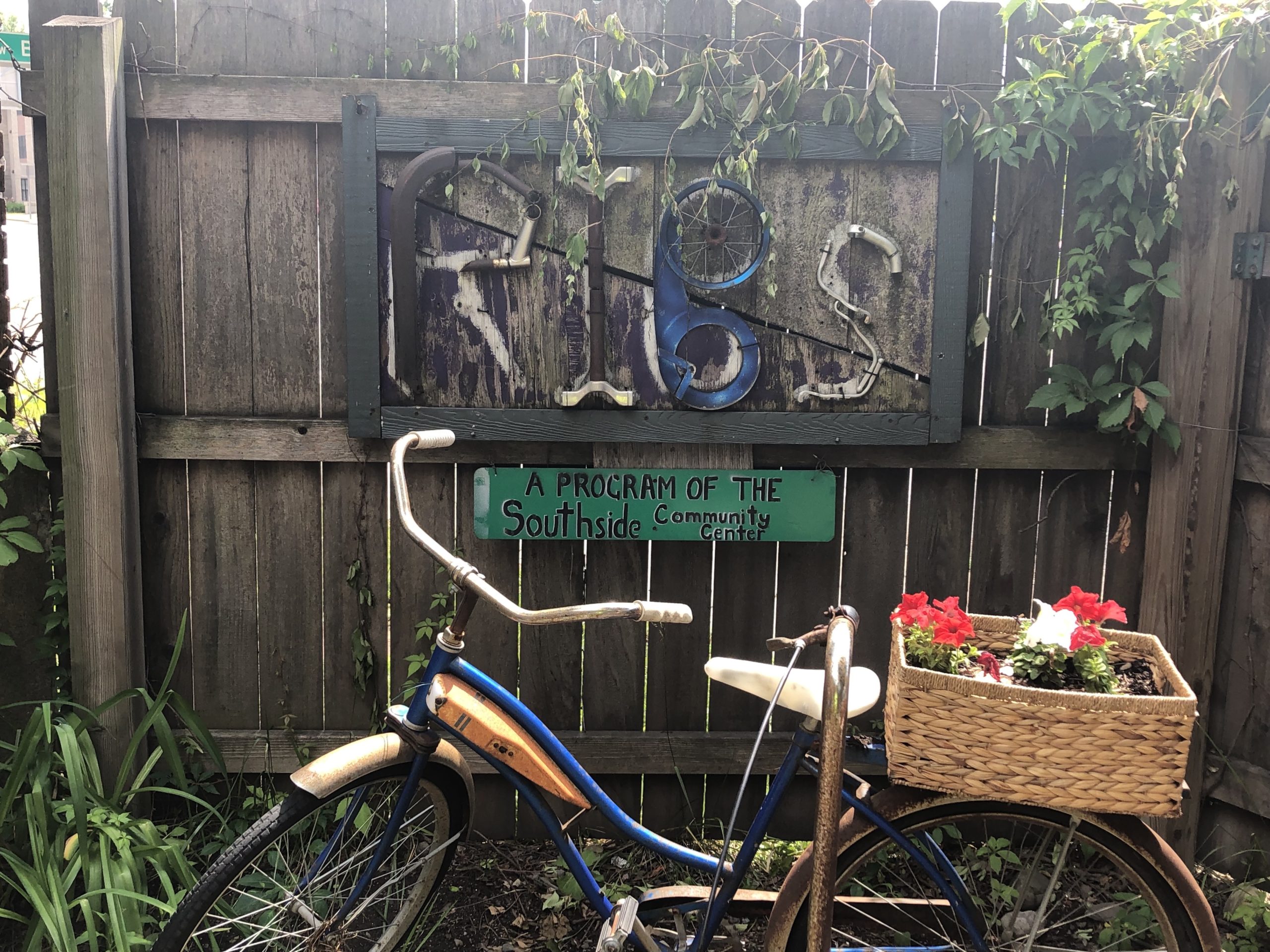 ITHACA, NY -- Recycle Ithaca’s Bicycles (RIBs) is reopening after being closed since September 2020, but not without friction.

RIBs functions as a community bike shop where people can repair, learn how to repair, and buy bicycles. It’s a program of Southside Community Center, which works to affirm, empower, and foster the development of self-pride among the black community in Ithaca, and it’s greater area.

COVID-19 was tumultuous for Southside. It forced the organization into contracting almost all of it’s programming, and laying off almost all of it’s staff. Its previous Executive Director, Tammy Butler, also left on September 2020.

But Southside is turning a corner. They threw an open-house for the reopened RIBs on Sunday June 20th, complete with a barbecue, spray painting, and fixing bikes. Assisting in this effort was The Village at Ithaca, Bike Walk Tompkins, and Black Cat Cyclery.

Southside’s recently named executive Director, Chavon Brunch was there. She explained the philosophy for the re-opened program, saying “We just want people to come and enjoy the space without feeling like it has to be bike related, or they have to come bring their bikes. They can just come and walk through and see what's happening here.”

But tension has run at a low boil since RIBs closed. It’s former director, Nicholas Desystemizer doesn’t see RIBs as the same program.

“What they're trying to lay claim to is RIBs as a concept,” Desystemizer said. “And that's essentially laying claim to a community.”

Desystemizer has been publicly criticizing South Side on listservs and social media , which he thinks never needed to shut its doors.

He believes the program could have remained financially solvent separate from South Side’s support, and RIBs was approved by the county and state health departments to operate through the pandemic.

Desystemizer owns the Doing Business As (DBA) license for the use of the RIBs name in Tompkins County. He says he will defend the name in court if necessary, but only wants to see the program renamed.

Southside couldn’t be reached for comment regarding Desystemizer’s statements.

Southside is planning on maintaining the volunteer and three paid staff at RIBs, as well as developing a programs for teenagers at RIBs.