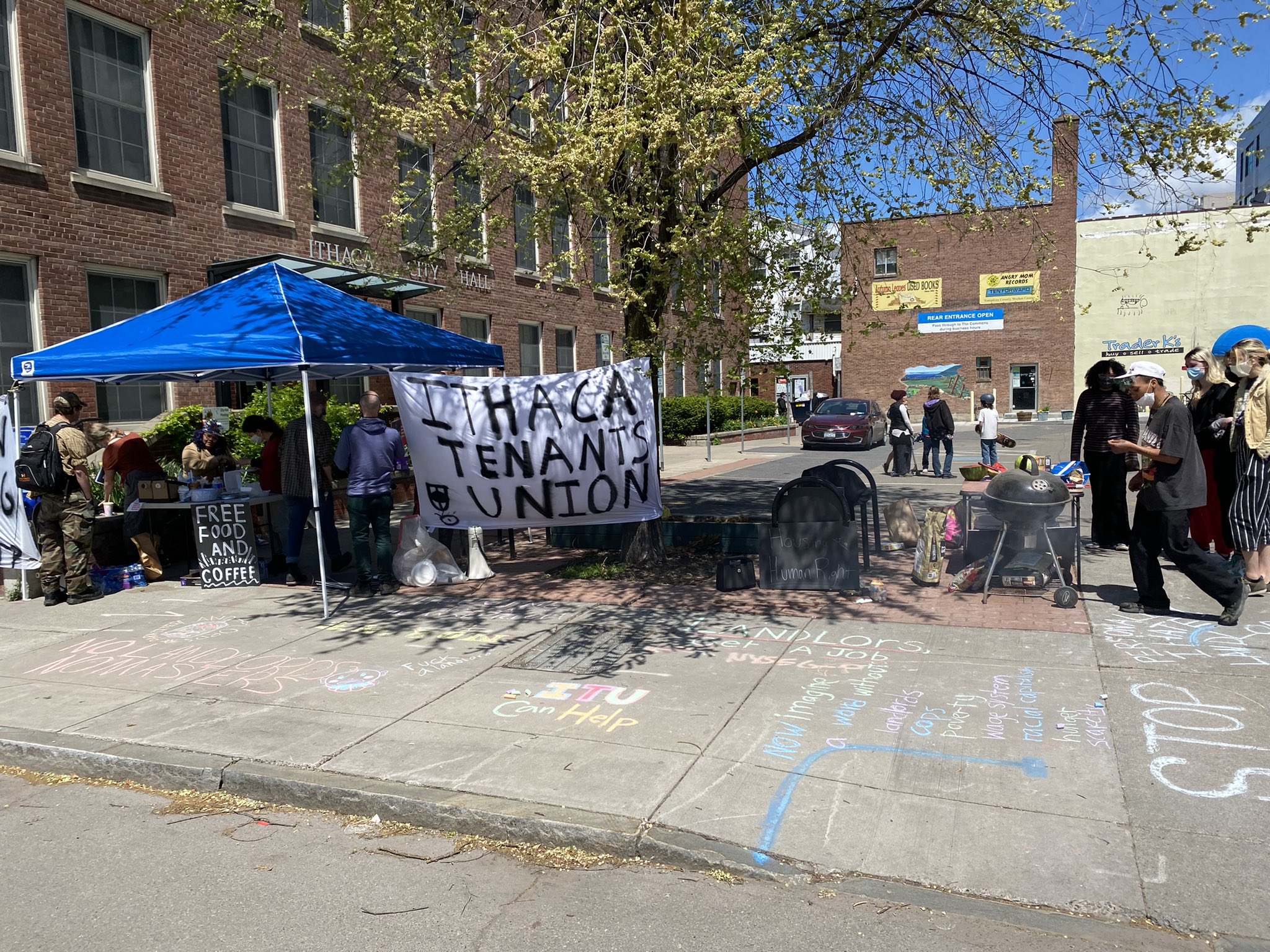 ITHACA, NY -- The Albany Common Council passed the “good cause” eviction law on Monday night, and a similar bill is gathering support in Ithaca.

The Albany law gives tenants a number of  protections, namely a stricter set of conditions before a landlord can evict them. Prior to the bill passing, a landlord in Albany could just decide to not renew a tenant’s lease -- no reason needed.

That’s the law in New York state, and a dynamic the sister bill in Ithaca aims to change.

The Ithaca Tenant’s Union drafted and is pushing for the legislation. Genevieve Rand is an organizer with the group.

Rand said that one reason why the Tenant’s Union is aiming to shift the balance of power between landlord and renter is because it leaves the door wide open for discrimination.

“A landlord wants to discriminate against someone, non-renewal without a given reason is the ideal vector through which to do that,” said Rand.

The Tenant's Union’s draft bill would also prevent Ithaca landlords from evicting tenants if the cause was a, “rent increase or pattern of rent increases, regardless of the tenant’s prior consent."

The Albany law limits a landlord to increase rent by no more than 5 percent upon lease renewal. That is unless a landlord justifies a larger increase through improvements or repairs.

The Ithaca Tenants Union has been working to get their bill onto the Agenda of Ithaca’s Planning & Economic Development Committee. That would start it’s official path to becoming law.