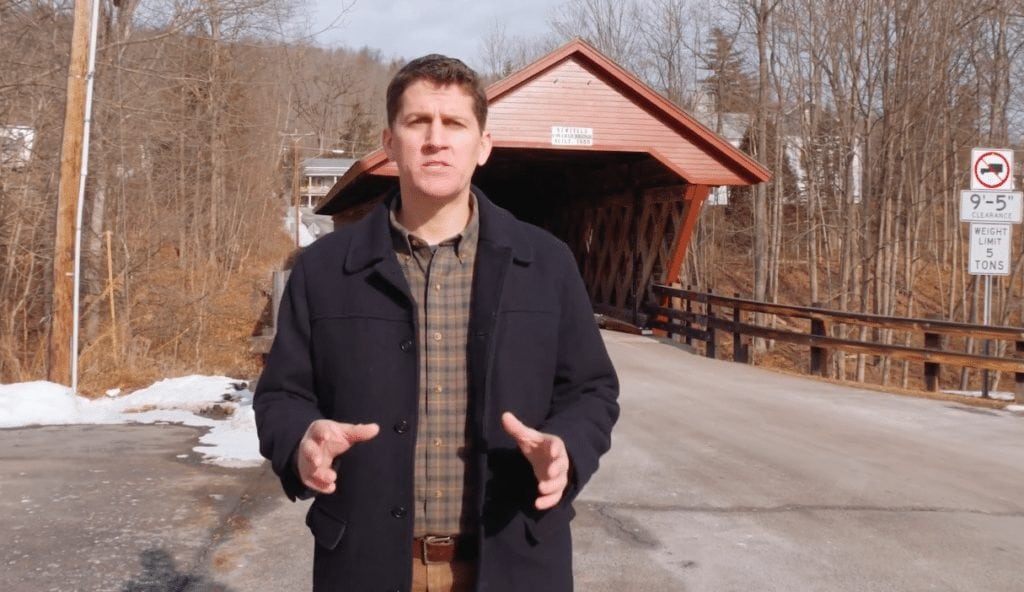 Nick Reynolds, the managing editor of the Ithaca Times, writes that in the last two congressional elections in New York’s 23rd district, the Democrats raised a little more 10% of what Tom Reed raised. That was largely because political action committees gave Reed a lot of money, or just gave substantial money to beat his Democratic challenger.

But this election, that may be changing.

Nick Reynolds spoke with Laura Rosbrow-Telem on WRFI’s “Your Morning” about the surprisingly large amount of money Democrats have raised so far and his thoughts about the current front runners. This interview first aired on February 23.

Featured image credit: A screengrab from a video advertisement put out by Your NY 23rd, apparently filmed in Newfield. Courtesy of Your NY 23rd/YouTube