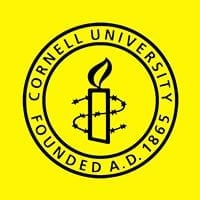 Chris Elliott, Cornell student and co-organizer of the Mass Incarceration Week of Action talks about the human rights crisis of mass incarceration in the United States.  He discusses the causes of mass incarceration, and how the justice system in the US has to be reformed.  Elliott also describes the events happening during the week of action, which will take place from April 9 to April 13, 2018.

Esther Racoosin produced this interview which was aired during the April 4, 2018 edition of WRFI News.