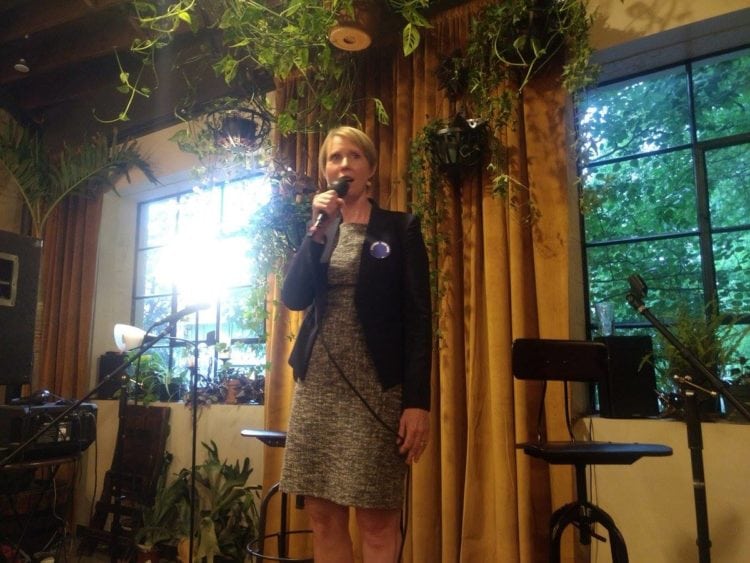 New York gubernatorial candidate Cynthia Nixon spoke with WRFI’s Laura Rosbrow-Telem on the phone about how Nixon plans to court voters in Upstate, including folks beyond Bernie supporters. She also shared some hints about her major environmental announcement in Ithaca, among other topics — including marijuana.

Cynthia Nixon will visit Ithaca on Saturday and address a crowd at the Space at GreenStar at 10:30 a.m. According to her campaign, she plans to speak with residents and make a “major environmental announcement.” Other local activists will also share short presentations as part of this event.