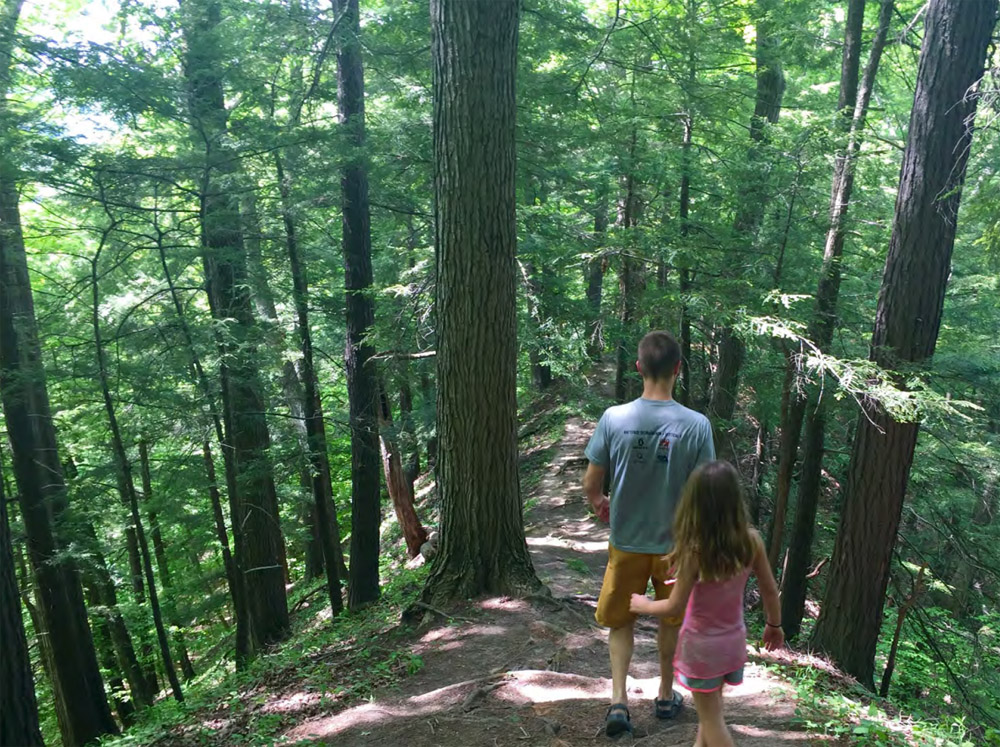 Tompkins County is expected to allow commercial logging in county forests, targeting red pines that have replaced native hardwoods. But legislators disagree on how to promote forest growth — and some don’t want to pursue any logging. WRFI’s John Yoon brings us this report.

Tompkins County is asking for bids from logging companies to harvest timber in forests owned by the county. If the county gets proposals by early next week, the Planning, Development, and Environmental Quality Committee is expected to vote on a bid on January 24.

You may be wondering why most of the county legislature supports this logging bid.

County Legislator Anna Kelles explained the reasoning. Kelles said the Forest Management Plan, adopted by the county in 2007, recommends harvesting that would target red pines and speed the transition to native northern hardwoods.

“It was designed by consultants with goals that we gave them, which was increasing the species diversity and the robustness of the forests so that we have healthy native hardwoods forests,” Kelles said.

Since 1995, the more than 500 acres of forest land that Tompkins County owns has been untouched. Red pines planted in 1930 cover 70 percent of the land. If a bid is accepted, over one-hundred and fifty acres would be subject to logging — for the first time in thirty years.

The Tompkins Department of Planning and Sustainability issued a report about the income this could generate for the county. They estimate that the harvest would bring in $40,000 to $55,000 in revenues.

But the logging is mainly designed to enable native forest to return, according to Kelles.

“I think one thing that is extremely important that people understand is that the intention is to actually improve it so that we can work the forest to the goal of robust mixed-species mixed-age native hardwood forest,” Kelles said. “Currently, that’s actually not what we have — what we have is predominantly a timestamp.”

That timestamp marks a mistake from the 1930s — the planting of red pines on deforested land in a state initiative to reforest cleared land. Since then, the red pines have blocked native hardwoods from growing at a healthy rate. Kelles tells us that targeted and controlled logging would reverse that misstep.

But some county legislators are proposing to reevaluate the county’s policies on forest use. They prefer to let these forests mature into old-growth forests.

“I am an environmentalist. And I feel very strongly that we need to preserve our forest as best we can,” Champion said. “I am hoping that we could have one piece of land — one area that we could just leave alone.”

She added that her proposal would reduce environmental damage. The main point she argued is that logging would increase carbon emissions.

“The process of logging consumes amazing amounts of fossil fuels,” she said. “When you cut those trees down, that releases more carbon into the air or, the parts of the trees that are burned at the mill or left in the forest to rot like, that all releases carbon.”

But Kelles said the long-term benefits of letting the native hardwood regrow outweigh the immediate costs.

“When someone says, cutting down these red pine means that on the short term, we would be removing carbon. That’s actually not true, because one of the intentions is to do plantings of hardwoods,” Kelles said. “Right away, those would have significantly greater carbon uptake than the red pines that are already there.”

The legislature may not get any logging bids, as has happened before. But if there are bids, the Planning, Development and Environmental Quality Committee will review them at their next meeting. That’s scheduled for Thursday, January 24 at 2 pm at the Tompkins County Legislature.