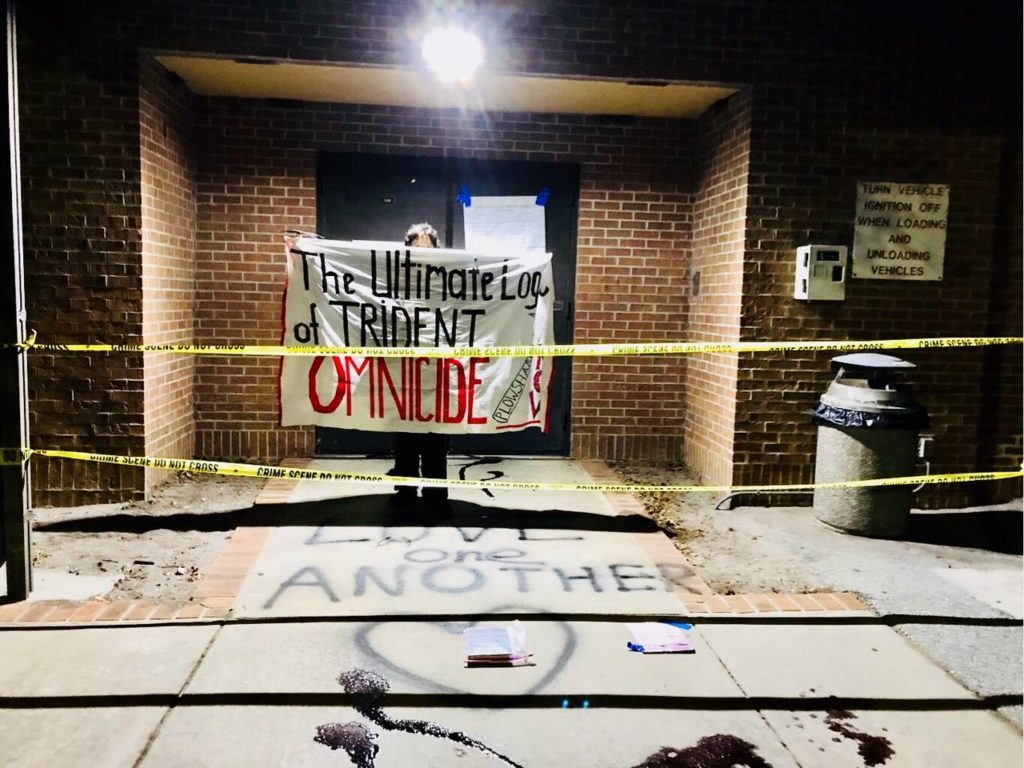 After two hours of deliberation, the jury found all of Kings Bay Plowshares 7 guilty on all counts, conspiracy, destruction of government property, depredation of Naval Base property, and trespass, according to a report from Garry Thomas, who’s been reporting on the trial for WRFI. WRFI News director Michayla Savitt spoke with Chuck Geisler about the defense’s final argument and what a “guilty” verdict means, symbolically, to the seven on trial.