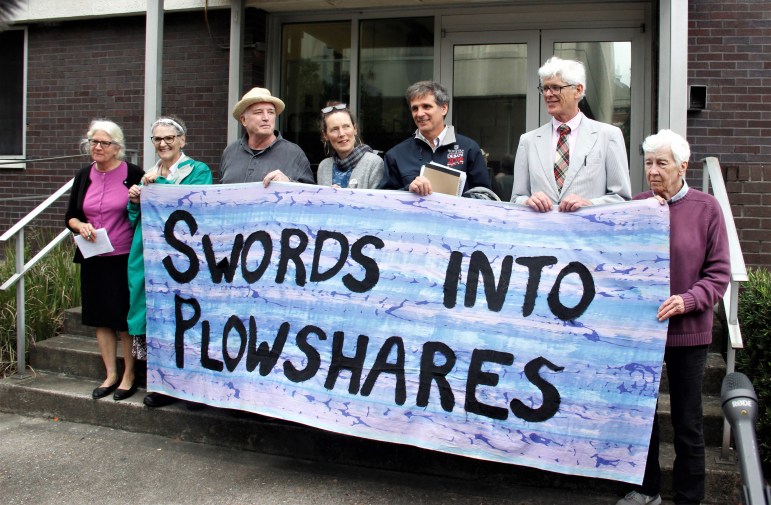 After just four days of proceedings, all of the Kings Bay Plowshares 7 were found guilty on all charges. Ithaca residents Chuck Geisler and Garry Thomas attended the federal trial of anti-nuclear activists, and provided reports to WRFI and The Ithaca Voice throughout the week.

WRFI News Director Michayla Savitt and Garry have the final report on the last day of proceedings.

The Kings Bay Plowshares 7 believe in reversing the atrocities stemming from the involvement with nuclear weapons, racism and economic exploitation. They ask that the Catholic Church detract its involvement with those issues and eliminate its blessings of weapons of mass destruction. They believe in protecting God's creation by disarming weapons that could put an end to the earth's existence.