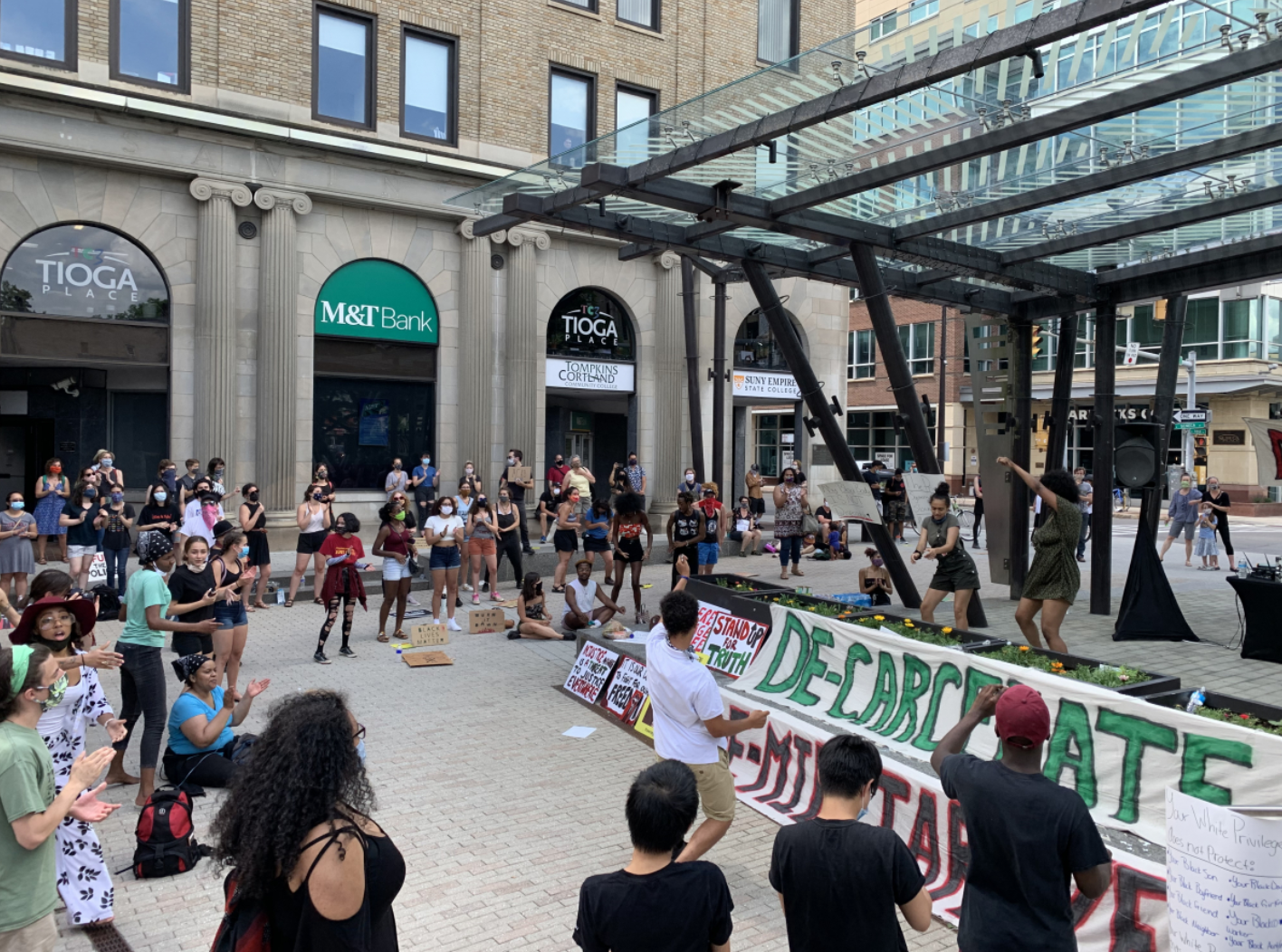 On Friday, June 19th, a rally called “Decriminalize, Demilitarize, Decarcerate Tompkins” was held at the Bernie Milton Pavilion in downtown Ithaca. Speakers and artists addressed local injustices within the criminal justice system, including incarceration, the court system, immigrant detention and policing. The rally was held on Juneteenth, which commemorates the June 19th 1865 announcement of the abolition of slavery in Texas, and the emancipation of enslaved black people throughout America.

WRFI Contributor Pamela Tan attended the event, and WRFI News Interns Tessie Devlin and Phoebe Harms put together a report about the protest.

Photo by Madison Fernandez for the Ithaca Voice