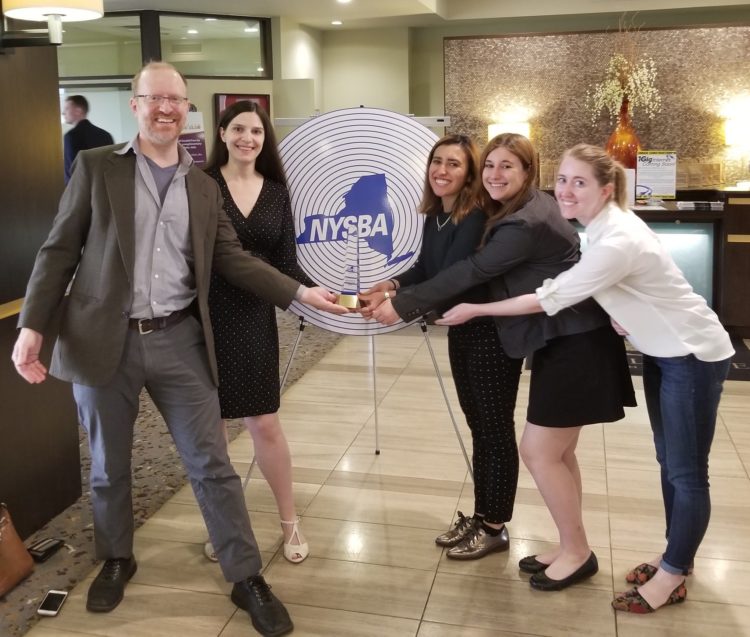 WRFI was recently honored by the New York State Broadcasters Association with a 2019 Excellence in Broadcasting Award for "The Loneliness Radio Project." We are thrilled to say we won a first place statewide award in the category of Outstanding Public Affairs Program or Series and are so proud of all our collaborators who made this happen (yes, this is a long list, but it's a big award and many people made it come to fruition -- community radio at its finest)!

First, we need to celebrate the talented journalists at the Roy H. Park School of Communications and IC Park Scholars Program who produced the series with us. Elena Maria Piëch and Skylar Ann got to come with us to the award ceremony and were instrumental in producing and providing feedback throughout the series. A special shout out is also in order to Brontë Cook (who co-produced two episodes!) and Madison Moore, who were the project leads for The Loneliness Radio Project (they are both studying abroad in London right now).

"The Loneliness Radio Project" episodes, along with their producers 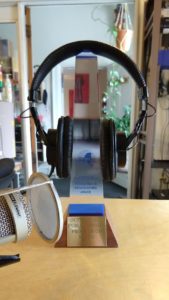 Our work speaks for itself.

It's worth thanking leadership at WRFI, namely Felix Teitelbaum, Katelyn Harrop, and the Park Scholars' Nicky Koschmann, who began our audio partnership with the IC Park Scholars Program in 2017.

Finally, along the audio front, congrats to WRFI News Director Laura Rosbrow-Telem, who oversaw the series!

"The Loneliness Project" as a multimedia collaboration

Now, we need to give credit to our multimedia partners and grant funders, who made "The Loneliness Project" as a multimedia collaboration between WRFI Community Radio, Ithaca Voice, and The Cornell Daily Sun possible.

Ithaca Voice Managing Editor Kelsey O'Connor was instrumental in working with us to conceive a larger collaboration on this topic, with special attention to community mental health issues in Ithaca and Tompkins County. Kelsey does amazing journalism at the Voice and we look forward to more collaborations with IV. And a big shout out to Jacob L Charles for producing all the illustration and video content for the series and Devon Magliozzi for her thoughtful reporting.

Also, The Cornell Daily Sun (now former) Editor-in-Chief Jacob Rubashkin and Managing Editor Girisha Arora worked with us to cover Cornell's important side of this issue in a really diligent, smart manner. (There were a number of Cornell Daily Sun reporters who did excellent work for this series).

You can check out the Ithaca Voice and Cornell Daily Sun's great reporting here.

We must give an enormous thanks to Engaged Cornell and specifically Brad Edmondson, who was an early believer in this series and helped support the project. Also, a similarly huge thanks to The Sophie Fund and Scott MacLeod, who supported this collaboration in so many ways, and the Park Foundation for supporting WRFI and the IC Park Scholars program.

Finally, our biggest thanks goes to all the courageous people who were interviewed for this series and shared their complicated, emotional, and inspiring stories with us. We hope this series, in some small way, helps each of us feel a bit less lonely.

Here's more about the series and the award.