ITHACA, NY —  An hours-long stand-off between police and a suspect barricaded in an apartment ended in arrest on Saturday.

Bruce Mead is being charged with two felonies, the criminal possession of a weapon in the second and third degrees.

The Ithaca Police department reported that two Ithaca Police Officers were dispatched to the Chestnut Hill Apartment Complex around 11:30 am on Saturday. They were responding to a report  that a person was attacking a dog and making verbal threats to other residents.

When the police arrived, Mead had aimlessly fired a shot from a gun he had acquired at some point. The officers called for backup at this time and units from the Ithaca Police Department, New York State Police, New York State Park Police, and the Tompkins County Sheriff's Department responded. A perimeter was set up around the Chestnut Hill Apartments, and police advised residents to shelter in place.

Mead barricaded himself in an apartment, but was taken into custody without incident at approximately 4:30pm.

On Friday, the New York State Department of Environmental Conservation refused to renew the air permits of Greenidge Generation, a power plant and major crypto mining facility. According to the Ithaca Voice, the DEC found that the Seneca Lake plant was directing most of its resources to cryptomining that utilizes proof-of-work authentication, which is highly… 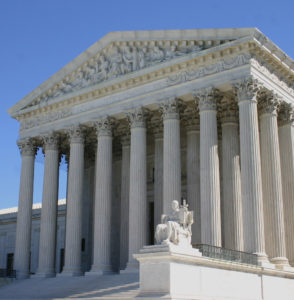 Ithaca Police are looking for information about a robbery that took place at the K&H Redemption Center on Tuesday. According to the Ithaca Voice, someone saw a man wearing a mask fleeing the scene after the break-in. If anyone witnessed anything or has any information, they are encouraged to contact the IPD by calling  (607)…

Schuyler County has received over $22,000 from the Federal Government’s ‘Payments in Lieu of Taxes’ program (PILT) to spend on vital county services. According to Schuyler County Attorney Steven Getman in a press release, “PILT seeks to compensate local governments for the inability to collect property taxes on federally owned land.” This was the highest…

The Community Health Services Immunizations Clinic returns to Ithaca on July 8th. The program provides all immunizations recommended by the CDC for uninsured and underinsured adults and children. The clinic will be open on Fridays, and an appointment is required. To schedule an appointment, call 607-274-6604. To determine whether you or your child qualify for…

Wegmans announced Monday that it would be recalling Vidalia onions sold at certain locations due to potential listeria. The Ithaca Wegmans is one of three locations in New York affected by the recall. According to My Twin Tiers, the potentially impacted products were sold between June 23rd and June 24th with the 4-digit PLU codes…

The New York State Police department is warning the public not to share personal information with callers claiming to be state troopers. According to police, the scammers are telling New Yorkers that there is a legal case against them, and asking for personal information. The phone number used for the calls appears as a New…

The Supreme Court overturned New York’s concealed carry law in a six to three vote yesterday morning. ABC 7 said the justices ruled that requiring people to demonstrate a need to carry a gun in public violated the Second Amendment. The ruling will have implications for gun restrictions across the country. Here in New York,…

Construction finished yesterday on a new affordable and supportive housing building in Ithaca. According to the Governor’s website, the building – West End Heights – is part of her plan to “make housing more affordable, equitable, and stable.” The project includes 60 new units, 38 of which are reserved for those who need supportive care.…